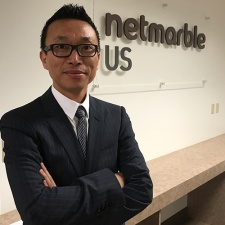 It’s been a year of punchy highs and some calculated lows for Netmarble.

Its standout success Lineage 2 Revolution managed to break the revenue barrier of $1.3 billion near to 20 months after launching in December 2016, according to Sensor Tower.

While the title is available in over 60 countries, however, most of the success has come from home soil, with South Korea-based players making up 57 per cent of that $1.3 billion haul.

In fact, in Lineage 2’s first month, when it was exclusively available in South Korea, it made $176 million.

That pace may have slowed down somewhat since, but the title is still said to be racking up $30 million a month.

During an investor conference call on August 8th, Netmarble CEO Kwon Young-sig moved to ease shareholder fears, stating that the company had the long-term in mind and was focusing on global competitiveness, rather than short-term profits.

The statement was backed up somewhat with Netmarble’s away form, which may provide some optimism regarding the future. For the three months ending June 2018, overseas sales yielded $313 million, which is a three per cent year-on-year increase.

Speaking to PocketGamer.Biz at Gamescom, Netmarble US President Simon Sim explains that the company’s global strategy comes down to its ability to adapt to different cultures by tailoring attractive IPs to the appropriate audience.

“We believe that IP is very helpful in appealing to new users. So there’s a reason why we brought a Marvel game to the Western market as one of our big games with Marvel Future Fight,” Sim tells us.

“After that, we’ve invested in other IPs too. Right now we’re working with the Magic: The Gathering IP.

“So we’ve been using Western IP but adding our unique mechanics which has been very helpful in appealing to western users.”

Outside of renowned IPs, Netmarble also tailors its original games to the audience that it hopes to serve.

We believe that IP is very helpful in appealing to new users.

Sim points to one of their recent releases Phantom Gate as a quintessential example of this, as it embodies a Nordic aesthetic and embraces platforming elements to make it appeal to Western players.

“We launch games with global IPs. So for example, in Japan we recently launched a new title which they were familiar with,” Sim says.

“In the Western market, as I mentioned before, it’s more Western IP with an appealing charm and visual.

“Those are the games we believe will do well. For example, Phantom Gate is more like a typical Western game that would appeal to players, visually and mechanics-wise.”

Another aid to Netmarble’s global ambitions is the studios it acquires or invests in. According to Sim, Netmarble prizes developers that have a good expertise in genres that they may be lacking.

On top of that, their knowledge of the Western market is another facet that aids Netmarble in tailoring its games.

Sim wouldn’t be drawn into discussing any investments or partnerships in the pipeline but did say it was always on the lookout and that it had a preferred profile in mind.

“So, Netmarble is quite strong on the RPG genre, along with mid-core and hyper-casual,” Sim tells us.

“At the same time though, some of our studios are developing other types of titles, while we are also developing a real-time multiplayer battling game with Magic: The Gathering.

“So in perspective, genre-wise, it’s quite diverse but what we’re really looking for is synergy.

“For example, Kabam is very strong with the Western fighting genre and that was something we were missing.”

Kabam is very strong with the Western fighting genre and that was something we were missing.

While Netmarble may have a drive towards new and renowned IPs, the Lineage crowd is one it's out to please and maintain.

Not too long after out chat Netmarble released a surprise collaboration with Mixi’s Monster Strike. It featured a special dungeon called the “Event Temporal Rift – Keep of Catastrophe,” alongside a special mount.

“I think Lineage 2 Revolution was the first true MMORPG to bring high-fidelity and high-quality visuals to the smartphone,” says Sim.

“So it was quite challenging at the time, but it’s had a successful launch and many people are enjoying it.

“It’s also our anniversary this November, so to meet that expectation we’ll add more exciting content there too.”

This article is part of our South Korea Special running all through this week.