Nintendo president: "We certainly want to release mobile games across a wide variety of genres" 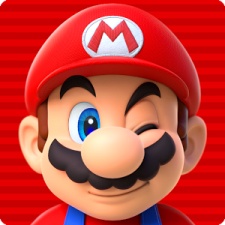 Nintendo president Shuntaro Furukawa has reiterated the company wants mobile to be a pillar of revenue and that it aims to release games across a "wide variety" of genres.

In an interview with Sankei News, handily translated by Nintendo Everything, Furukawa admitted the firm is still finding its feet in the world of smartphone games.

Nintendo has found the most success on mobile with Fire Emblem Heroes. Dragalia Lost showed early promise but has since slipped down the Japanese top grossing charts, according to App Annie data.

Different from its hardware-focused console business, the Nintendo president said the company continues to gain experience in the space and is learning the lessons of live ops and building long-lasting relationships with consumers.

"Smartphone gaming for us is not a business where we sell our consumers a product once and that’s the majority of it," said Furukawa.

"Our operational model is to continue to build a relationship with our consumers. It is very different from what we do with our dedicated gaming hardware, so we are in the midst of accumulating experiences in this field.

"We certainly want to release games across a wide variety of genres. We want this to continue to be one means of supporting our pillars of revenue."

The Nintendo president also discussed the Switch console's performance so far, and was bullish on its success. One key acclaim the company can hold is that the Nintendo Switch is the fastest-selling console of the generation in the US.

When asked how progress was going towards selling 20 million units by the end of the year, he appeared hopeful that the Switch could reach that goal without a follow-up console or price cut.

On the future of the system and a possible successor, Furukawa said the Switch won’t be getting replaced or reduced in price anytime soon.

“It is an extremely ambitious, but worthwhile achievement,” said Furukawa. “So, we will maintain this goal.

“Nintendo Switch is our primary sales objective, and we are not considering a successor or a price cut at this time.”