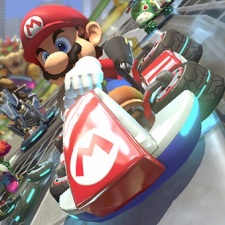 Nintendo has opened up applications for the Mario Kart Tour Android beta.

Sign-ups for the closed beta of Mario Kart’s first trip to mobile are open until May 7th. This round of testing is limited to certain Android devices, though past releases suggest the game will eventually hit iOS.

A timeline on the official site states testing will take place from May 22nd through to June 4th and run exclusively in the USA and Japan. Sorry, Europe.

Back of the pack

Mario Kart Tour was initially slated for release at the end of March but was pushed back to Summer 2019 to improve the quality and quantity of content on offer.

In today’s earnings call, Nintendo wasn’t specific on a date but did reaffirm that Tour will release in FY2019.

“In the mobile business, we have plans to release Dr Mario World and Mario Kart Tour,” said Nintendo. “In addition, we will strive to expand the business by ensuring that more consumers can continue to enjoy the applications we’ve released already.”

Reply
Phillip Black bee boop at bee boop corp
Where's a link to the site for sign up? Confused on why this site refuses to link to the topic they are actually talking about.
Posted 3 years, 2 months ago