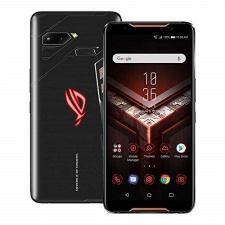 Tencent has partnered with Asustek Computer to help release its second-generation gaming phone in China.

According to Digitimes, the ROG Phone II will be unveiled in Beijing on July 23rd with the firm looking to showcase the model at the Digital Entertainment Expo Chinajoy 2019.

The mobile is said to be designed for esports fanatics and hardcore gamers. It's hoped the partnership, which was established at the beginning of June, will help Asustek increase its phone sales in the region.

In November 2018 the first ROG Phone was launching in India, containing a 90Hz display and octa-core Snapdragon 845 system on chip. The new device is rumoured to feature a 120Hz display from the same core unit.

News has been circling since April that Tencent was interested in getting into the gaming phone market, with one report suggesting the company would launch its own proprietary gaming phone.

Pocket Gamer Connects is heading to Asia next month as we set up shop in Hong Kong on July 17th and 18th. Head to the website for details.