No Switch Pro will be released this year too 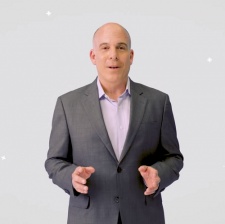 Nintendo of America president Doug Bowser has said that the introduction of the Switch Lite won’t kill off support for the 3DS.

When speaking to The Verge, Bowser confirmed that Nintendo will continue to support the 3DS family of systems as long as demand is present.

The Nintendo Switch Lite is a standalone version of the console/handheld hybrid and will launch on September 20th, 2019.

Doug Bowser also confirmed that no further hardware outside of the Switch Lite will be released from the company this year, according to comments picked up from CNET.

Two alternative versions of the Switch have been rumoured for some time, with the now confirmed Lite being one and an upgraded Pro version being the other.

Bowser then went on to state how both Switch versions will “complement each other and coexist in the market”, as the firm continues with its target of multiple Switch devices being present in each household

Switch Lite is already shaping up to be 3DS' worthy successor