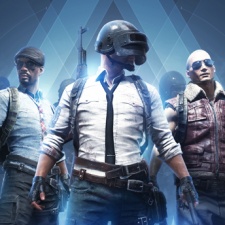 PUBG Mobile has become the highest-grossing battle royale game on smart devices, according to Sensor Tower.

In May, Tencent relaunched PUBG Mobile as Game for Peace in China after finally being given the greenlight to monetise. Global earnings for the title reached $167 million in July,an increase of 748 per cent year-on-year.

July's revenue kept PUBG Mobile at number one for sales amongst all mobile games globally for the third month in a row.

The US has seen the most growth in terms of revenue, with sales increasing 565 per cent year-on-year to $32 million in July.

After only 60 days, China boasts the most in-game spending on Tencent's title, amounting to $241 million or 28 per cent of the total $860 million PUBG Mobile has made worldwide to date. This figure does not include sales from third-party Android stores.

As for other battle royale games on mobile, Sensor Tower estimates that Epic Games’ Fortnite has grossed $775m while NetEase’s Knives Out is thought to have made $771m to date.

It should be noted however that Fortnite estimates are for the App Store only and do not track Android sales, where Epic takes revenue from its own launcher. As such, Fortnite revenue may in fact be higher.