“Partnerships, like the one we announced with SK Telecom today, are critical to continuing that trajectory and moving the gaming industry forward” 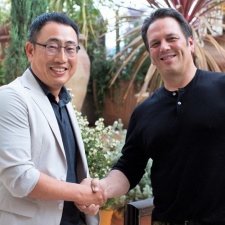 The duo confirmed an exclusivity deal during a press conference that will see SK Telecom become the only operating partner of Microsoft’s cloud gaming service in South Korea. In return, the company will help strengthen Microsoft’s mobile presence in the territory.

“We expect to take customers’ mobile gaming experience to the next level by combining SK Telecom’s 5G competitiveness and Microsoft’s strength in cloud and gaming,” said SK Telecom vice president and head of MNO Ryu Young-sang

Microsoft executive vice president of gaming Phil Spencer added: “Microsoft’s approach to game streaming combines nearly 40 years of gaming experience with investments and resources from Azure, Microsoft Research, and other business groups across the company, allowing us to reach gamers around the world.

“Partnerships, like the one we announced with SK Telecom today, are critical to continuing that trajectory and moving the gaming industry forward, starting with the incredibly engaged gamers and game studios in South Korea.”

The two companies signed a Memorandum of Understanding in May, where both agreed to work on tech initiatives related to 5G, artificial intelligence and the cloud.