Set to launch in China before releasing worldwide 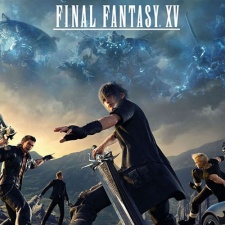 As reported by Enduins, the game will be published first in China by Oriental Pearl and will be created using Unreal Engine 4. Niko Partners senior analyst Daniel Ahmad noted on Twitter that the game was first announced in 2017 and was scheduled for a 2019 release, which it has obviously missed.

Though based on the original Final Fantasy XV, which launched in November 2016, this title will be set in a parallel world and will feature large scale multiplayer elements as well as new content. New areas will be added to the game including new continents that will reside in the sky, alongside the Great Pagoda.

"We are doing our best to implement it (the FF signature style and feel)."

Final Fantasy XV currently has no release date but is set to launch first in China with a global release planned afterwards. The first gameplay trailer will debut sometime in the first half of 2020.

Square Enix recently revealed that the firm will be looking to grow its presence in India and expand its business in the region in 2020.

Daniel Ahmad will be speaking at Pocket Gamer Connects London 2020 on the topic of PC and console gaming in Asia. Get your tickets now!