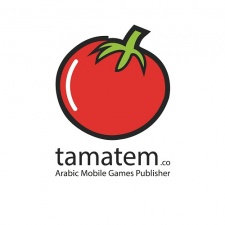 Funding for the round was led by Middle Eastern startup Wamda, alongside Saudi Arabia’s Modern Electronics and the UK’s North Base Media.

Founded in 2013, Tamtem began as a developer before transitioning into a publishing platform in 2015 helping to localise global titles for Arabic speakers. The company has published over 40 different games on iOS and Android.

Tamatem will utilise the capital to expand its reach to new markets while also increasing marketing on current releases.

"The launch of its fund offers an opportunity to further develop the gaming industry in the region, where Tamatem is uniquely positioned to build strong partnerships with local and regional developers."

Furthermore, Tamatem will look to launch an investment and acquisitions fund, which will be targeted at supporting independent developers and studios. Funding will be put towards growth and maintaining operations of the studio's independent titles.

We recently spoke to Tamatem founder Hussam Hammo on publishing for the Arabic and emerging markets.