Nintendo to convert Hanafuda card factory to museum in Japan 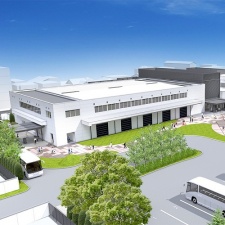 Nintendo has announced plans to covert its Uji Ogura Plant and the land surrounding the building to a new museum.

As confirmed by the Japanese company itself (via a blog post), the decision has been made to transform what was once a Hanafuda card factory into a gallery that will showcase Nintendo's product and history. The Switch maker is set to turn 132 years old in September 2021.

The Nintendo Uji Ogura Plant was originally built in 1969 and was primarily used to manufacture playing cards, operate as a customer service centre for product repairs as well as create the aforementioned Hanafuda cards

Discussion surrounding the facility has been ongoing since November 2016.

"Nintendo has been discussing the possibility of building a gallery, as a way to share Nintendo’s product development history and philosophy with the public," said the company in a statement.

"To this end, the Nintendo Uji Ogura Plant will be renovated to accommodate the gallery, a decision reached after taking consideration of The City of Uji’s plan of re-developing the nearby Ogura Station area."

The tentatively named "Nintendo Gallery" is expected to complete development by the end of the 2023 fiscal year.

A number of reports have suggested that a Nintendo Switch Pro device will make its debut before E3 2021, following months of rumours and speculation.

Nintendo also recently stated that it is willing to utilise its $9 billion war chest for acquisitions once the right opportunity comes about.