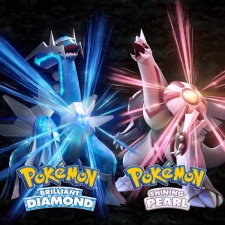 According to Famitsu, three days since the launch on November 19th, the remakes sold close to 1.4 million units.

The sales consist of physical units of the game, including the Double Pack and the physical download card.

In comparison, the original release of Pokémon Diamond and Pearl on the Nintendo DS in 2006 sold 1.5 million units within four days.

However, the remakes beat the release of the most recent entries to the franchise, Pokémon Sword and Shield, which sold 1.3 million units within the first three days.

The only Switch game to exceed this feat is Animal Crossing: New Horizons, which sold 1.8 million copies within three days after its release in March 2020.

The release of the games also saw a boost in the sale of Nintendo Switch consoles, reaching 168,000 units, almost doubling the 87,000 units sold the week prior.

Since launch, the Nintendo Switch has sold 22 million units in Japan.