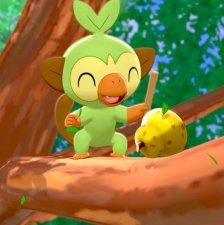 Nintendo Switch game Pokemon Sword and Shield have sold over 1.3 million copies in Japan within its first three days of release.

It’s worth noting these numbers do not count digital sales, therefore this figure is expected to be much higher.

In the run up to launch, Sword and Shield were enamoured by disgruntled fans due to developers Game Freak not including every pocket monster.

Many showed their outrage online and vowed not to purchase the game, while other members of the community tried to counteract the negativity by starting the #ThankYouGameFreak on Twitter.

Pokemon Sword and Shield have also been confirmed as the third biggest UK launch in Nintendo’s history, behind Wii Fit in second place and Pokemon Sun and Moon at top spot.

Data sourced from GamesIndustry.biz found that the games achieved a strong start in the UK, with Pokemon Sword becoming the biggest exclusive of the year so far. As a result, the Nintendo Switch has seen a rise of 30 per cent in sales.

Launched on November 15th, Pokemon Sword came in at first position for the UK weekly charts before Pokemon Shield claimed third, with Star Wars Jedi: Fallen Order sandwiched in between.

Nintendo will be looking to utilise Pokemon over the holiday period to increase its Switch sales as much a possible. Recent figures show that the Nintendo Switch has surpassed 41 million units sold in less than three years.