The company was critcised for Pokemon Sword and Shield 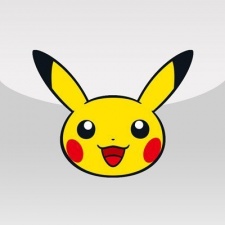 Pokemon fans around the world have trended #ThankYouGameFreak.

The hashtag is the result of recent negativity aimed towards the Pokemon developer ahead of the release - November 15th - for Pokemon Sword and Shield.

I wanted to see if I could start a #ThankYouGameFreak trend. #ThankYouGamefreak for creating the games that got me through all the tough times in my childhood. I know times are rough, but there are still fans that love what you do. Spread if you appreciate what Gamefreak does.

Some fans of the franchise have expressed disappointment with the upcoming title; Game Freak's innovation with the title came into question.

The criticism only got worse when fans worldwide discovered that hundreds of fan-favourite Pokemon will not feature in the new titles.

Since this outcry, the launch event in Tokyo has been cancelled - the company cited “operations reasons” as the cause.

Despite all the negativity in the community, it’s not an emotion shared by everyone. YouTuber MysticUmbreon - who focuses on Pokemon - is the one who started the trending #ThankYouGameFreak.

Many Twitter users have Tweeted out their support for GameFreak, some detailing how the Pokemon franchise has helped them, such as inspiring them in art, design and cartoon creation.

#ThankYouGameFreak for being such an inspiration with Pokemon. Pokemon is one of the main reasons why I love making art, cartoons and characters. Pokemon has been such a positive thing in my life that I can't go by one day without thinking about it.