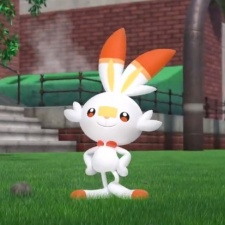 Nintendo and Game Freak have revealed Pokemon Sword and Shield are coming to Nintendo Switch later this year.

In a special Pokemon Direct the highly anticipated titles were confirmed for a late 2019 worldwide launch.

It’s the first time in the franchise’s history that a new mainline Pokemon RPGs won’t be coming to one of Nintendo's strictly handheld devices - though of course the Switch can be used in portable mode.

The title is similar in style to Pokemon Let’s Go Eevee and Pikachu - which were remakes of Pokemon Red, Blue and Yellow, also exclusive to Switch - and will see players traverse the new Galar region.

It looks like the three starter pokemon will continue the franchise’s tradition of offering fire, water and grass types from the off.

This time the three starters are Grookey, Scorbunny and Sobble. Players can expect to see a whole new generation of pokemon to catch during the game as well.

It's not clear yet whether the new Pokemon titles will work with Niantic's Pokemon Go in any way.

Pokemon Sword and Shield are important launches for the Switch this year, with Nintendo gradually filling up the calendar with first-party titles that currently features a new Animal Crossing and Super Mario Maker 2.

Aside from Sword and Shield, The Pokemon Company president and CEO Tsunekazu Ishihara teased there will be further announcements surroung the Pokemon IP in 2019.