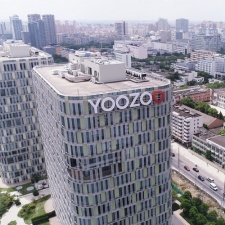 Chinese tech firm Sina Corp is looking to move into the games sector by purchasing a stake in Yoozoo Games.

As reported by Reuters, two sources have confirmed that talks are now in an "advanced" stage with Yoozoo chairwomen Xu Fenfen to acquire an 18 per cent stake in the mobile and browser developer. This would be the equivalent of ¥2.86 billion ($447 million), going off its $2.5 billion market value from June 4th, 2021.

To help make the deal a reality, Sina Corp has partnered with its subsidiary social platform Weibo Crop and one other investment firm (that is yet to be named). The agreement is expected to be made in the next few weeks.

Yoozoo Games was founded in 2009 and is headquartered in Shanghai, China. The studio is best known for producing the League of Angels series and Game of Thrones: Winter is Coming.

Sina Corp has been looking at expanding into games for quite some time now and will be accelerating its growth going forward. This has been encouraged by the market's rise under the COVID-19 pandemic.

It was also mentioned that the remaining 24 per cent stake owned by Yoozoo Games founder Li Qi - who passed away from alleged poisoning in December 2020 - will be sold off to Sina Corp following the initial purchase.

PocketGamer.biz has reached out to Yoozoo Games for comment.

We previously spoke with Yoozoo Games narrative designer Dylan Coyle about what lessons the US can learn from China.