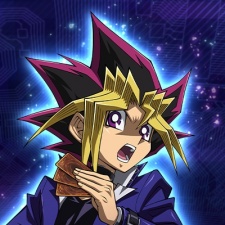 As confirmed during the developer's Digital Next event, the first announcement made was Yu-Gi-Oh Master Duel, a new mobile title that will focus on the original trading card game. It will support 4K, include in-game tutorials for newcomers while avoiding the anime and manga.

Yu-Gi-Oh Cross Duel was next unveiled, a new four-player card battler specifically designed for iOS and Android. Not many details were shared but Konami did confirm that more would be revealed in the coming weeks.

The final game announcement arrived in the form of Yu-Gi-Oh Rush Duel, another card title set for Nintendo Switch. Based on the Rush Duel card game that launched in Japan in 2020, the new spinoff version will release in the US and Europe later this year.

There were also details shared about upcoming features surrounding the mega-hit that has been Yu-Gi-Oh Duel Links. The game has surpassed more than 140 million downloads since launching in November 2016.

The full presentation reveal can be watched below:

It's not all been good news for the world of Yu-Gi-Oh as of late. Most notably, Konami recently cancelled its partnership deal with Barcelona and France football player Antoine Griezmann after allegedly making racist comments towards technicians in a Japanese hotel.