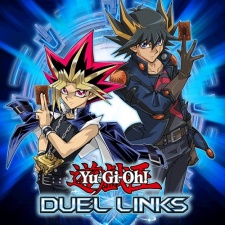 In this entry of our Live and Kicking series, we caught up with Konami senior producer Kenichi Kataoka following the two-year anniversary of Yu-Gi-Oh! Duel Links.

PocketGamer.Biz: With Yu-Gi-Oh! Duel Links recently passing its two years anniversary for worldwide release, how do you reflect on its performance – from launch to the mature title it is now?

Kenichi Kataoka: The game has been far more popular than what we anticipated when starting up the project and has hit a number of download milestones. Following the Japanese launch in November 2016, we had 10 million downloads the day after the global launch in January 2017.

Two weeks after the release, the game had received 25 million downloads and continues to rise, with the total hitting 90 million at the start of March.

Two weeks after the release, the game had received 25 million downloads and continues to rise, with the total hitting 90 million at the start of March this year. The popularity and longevity of the Yu-Gi-Oh! brand continues to surprise us.

How big is the team currently handling live ops at Konami?

When we began the project, it was only a few people but as the popularity has grown, so has the team. The team includes not only programmers but also designers, sound creators, events staff, etcetera So I think that they are operating with more staff than you think.

We believe that customer support is an important way to communicate with our players. We regularly update the game to keep it fresh and the feedback we receive from our customer support does influence what goes into the game.

How important is the Yu-Gi-Oh! community to the success of the game?

We believe that a thriving community is invaluable to the success of a game with online play and thus check both Japanese and global internet communities regularly.

However, internet communities tend to be mostly comprised of hardcore players, while casual players – who are the majority of players – tend not to voice their opinions online.

Therefore, we also put a strong emphasis on analysing our server data to see how users of varying proficiency are playing the game.

What is your relationship with the Yu-Gi-Oh! franchise as a whole?

My son and I have played Yu-Gi-Oh! together since he was young. The game has been a great way for us to spend time together but now that he is in elementary school, he is more likely to spend time with friends.

What steps have you taken to ensure that Yu-Gi-Oh! Duel Links maintains a sizable and active player base all this time after its launch?

We believe that updating the game in ways our userbase desires is the key. In order to do so, it is important that we listen to the community as well as analyse our data to see how users are playing the game.

We have also strived to make the game as accessible as possible to new audiences who might not be as familiar with the brand.

We have done this through the introduction of the GX World and 5D's World, as well as tournaments such as the KC Cup and the Yu-Gi-Oh! World Championship - Duel Links Division, which has been held annually since 2017.

We have also strived to make the game as accessible as possible to new audiences who might not be as familiar with the brand.

To what do you attribute Yu-Gi-Oh! Duel Links’ consistently impressive grossing performance and how do you sustain it?

One of the strongest features of the brand is the extensive repertoire of cards that we can add to the game. This is achieved through our boxes and allows us to keep the game fresh and the players engaged.

Most of our revenue comes through this and it goes without saying that revenue is very important as it keeps the game running. The content of the boxes we sell are equally as important too, as a healthy game balance is imperative for a game’s long-term success.

We have had almost 90 million downloads so far and are projecting that we’ll reach 100 million within the year.

What lessons have you learned/are you still learning from Yu-Gi-Oh! Duel Links? Is there anything about the game that, in hindsight, you’d now handle differently?

The balance between monetisation and user retention, as the optimal model differs from country to country.

We believe that the fun of the Yu-Gi-Oh! TCG lies in dueling other people, but since there are many users who dislike competitive PvP, it would be good to have more casual PvP events that are fun for non-competitive users.

Finally, how has your experience with Yu-Gi-Oh! Duel Links informed where you are/what you’re working on now?

I learned that since what users enjoy in a game and how they play games differs from country to country, it is important to create experiences at a timely pace that the greatest number of users worldwide can enjoy.