PlayStation heroine will be available after version 2.1 update 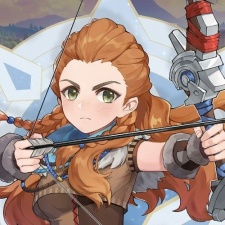 The partnership was publicised after the release of the newest update to Genshin Impact. This is the first crossover event for Genshin Impact, which is one of the highest-earning mobile games.

Aloy will be featured as a five-star character dubbed the "Saviour From Another World" who aids the player after the release of version 2.1. Aloy will arrive into the game with unique skills and animations and is available for a limited time only.

During version 2.1, Aloy is able to be obtained for free after logging into the game on PlayStation consoles after the player reaches adventure rank 20. However, after this, she can be used on all platforms due to the in-game cross-save feature. Once version 2.2 is live players will be able to receive Aloy from their in-game mail regardless of the platform providing they are level 20 or higher.

An in-game item, a four-star bow, will also be exclusively available for PlayStation players, though, it is yet unclear how to obtain the weapon.

This is the second partnership Horizon Zero Dawn has seen after partnering with Epic Games to bring Aloy into the world of Fortnite earlier this year.

More recently, PlayStation confirmed that they are exploring the mobile market with "some wonderful franchises" - thus increasing their IP reach via mobile.

Aaron Orr is a freelance writer for PocketGamer.biz with a lifelong interest and passion for the games industry.