The companies launched a new hub together in July 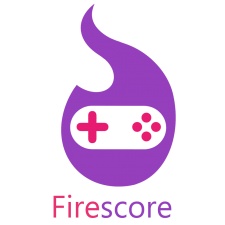 Founded in August 2018 by Karan Khairajani and Surojit Roy, the Mumbai-based developer has seen its mobile games generate over 200 million downloads. The financial terms of the transaction were not disclosed, although it is described as being a "multi-million dollar" deal.

The two companies have also collaborated closely in other ways, with Firescore running CrazyLab's hypercasual game accelerator in Mumbai. It's received hundreds of applications and the first cohort of developers will graduate later in 2021, becoming part of the CrazyLabs India development program.

"The success of Firescore Interactive was a confirmation to everything we thought when we first started expanding CrazyLabs to India," commented CrazyLabs COO Guy Tomer.

"India is a strategic market and an invaluable resource for game development talent and creative skills. While this deal is the end result of a very successful collaboration, we have no doubt it is merely the beginning of CrazyLabs India."

Khairajani added: "We are very excited to become an official part of CrazyLabs, and we are even more excited with the opportunity to expand CrazyLabs business in India."

As well as India, CrazyLabs has set up similar hypercasual hubs in Turkey, Serbia, Israel and South Africa. By the end of 2021, it aims to have eight-to-10 hubs established worldwide.

Back in April 2021, CrazyLabs announced its published games had broken the four billion download mark.