"China is the biggest market to date driving downloads..." 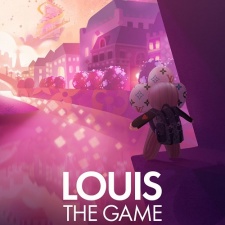 Fashion brand Louis Vuitton's experiment in mobile games and NFTs appears to be paying off as the title has already been downloaded over 500,000 times.

According to App Annie data, the iOS-only release - known as Louis The Game - has reached the half a million milestone in its first week of being live.

One reason for this is that the game has proven to be mighty popular in China, where the Google Play Store is banned and it's hard to track downloads from other Android app stores.

The adventure game is loosely based on Louis Vuitton's own life and is part of a series of celebrations marking 200 years of his birth. Indeed, the game follows Louis Vuitton's signature character, a wooden marquette called Vivienne through six locations to unlock 200 stories mapping the company's history.

"China is the biggest market to date driving downloads, indicating the popularity of the luxury brand paired in a mobile game format. Following the NFT trend is particularly timely given the growing consumer interest in the topic," said App Annie head of insights Lexi Sydow.

Louis The Game has also generated a buzz as players can unlock 30 NFTs, designed by artist Beeple. Unlike NFTs from other blockchain games, these ones are locked within the experience and can't be traded on any marketplaces, making them purely aesthetic digital collectables.

In contrast, NFT battler Axie Infinity has seen more than $1 billion of lifetime NFT trading value generated by its players. Axie Infinity sees players breeding new NFTs and selling them on the game's inbuilt marketplace, with the app taking a 4.25 per cent cut from each sale.

Louis Vuitton isn't the only established company using NFTs. Gameloft recently announced it was launching a set of NFT collectables within Asphalt 9.