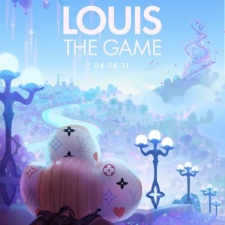 Set to launch on August 4th, 2021 for iOS and Android devices, Louis The Game will be part of the company's celebrations for the 200th anniversary of its founder's birth.

Players will take control of its wooden doll mascot, Vivienne, through various adventures. This will follow the story of how Vuitton moved to Paris aged 15, apprenticed with a trunk maker and set up his own fashion empire, which now sells everything from leather goods and shoes to accessories and clothes.

The game will also feature NFTs although few details have been provided about how these will be accessed. Fashion brands including Louis Vuitton, Prada, Cartier and Bulgari are already sharing blockchain technology that enables consumers to check the provenance of their purchases in terms of raw materials and place of manufacture and sale.

Aside from the mobile game, other elements of the 200th anniversary include a fictional novel, a documentary on Apple TV, artworks and a special champagne release from Veuve Clicquot.

"Media is evolving so quickly that every time there’s a new way of communicating, you have to tell your story all over again. Generations are now defined by technology, not by age," Vuitton chairman and CEO Michael Burke told WWD.

Louis: The Game isn't the first time the fashion house has been involved in the games space. Previously, the firm created assets for characters in games running from Final Fantasy XIII and League of Legends. It also launched a browser game called Endless Runner through its website in 2019.

More generally, there's been increasing interaction between games and fashion with Puma sponsoring five esports teams and Gucci launching a gaming arcade within its mobile app.

Why casual gamers are crucial to the adoption of web3 gaming