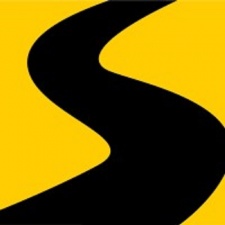 Studio Sirah was founded by two brothers, Abhaas Shah and Prateek Shah, and chose to focus on midcore titles to increase the quality of games from India.

Based in Bangalore, the brothers aim to usher in a new generation of "global-quality Indian-content games" for both Indian players and worldwide audiences alike.

The studio plan to use the funding to develop its first title, Kurukshetra: Ascension, a card-based game that is based on epic myths from India dating back 5,000 years. The studio also has plans to hire seven additional members.

"We grew up playing a ton of games, from Contra on Atari to Age of Empires on the PC," said Abhaas Shah (via VentureBeat).

"It’s always been a bonding point, a connection point for the two of us. We have very different backgrounds. When the pandemic hit, it gave us time to actually get back together as a family and talking about our childhood and gaming.

"We didn’t see any good Indian content that we would like to play as gamers. There are a lot of hypercasual and casual games, but these are not the games that appeal to us."

Indian midcore mobile developer SuperGaming raised $5.5 million from Series A funding that will be put towards expanding the team to accelerate work on future titles.