"Bounty Hunting" SDK aims to tap into competitive side of gamers 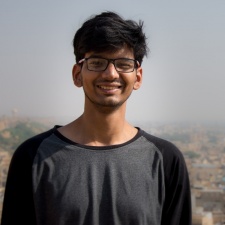 CloudFeather Games has announced a Lumikai-led Seed Round wherein $1.25 million was raised towards making key hires and scaling outreach.

Other participants in the round included Venture Highway and angel investors such as Nazara Technologies’ Manish Agrawal and OYO’s Maninder Gulati.

CloudFeather Games was co-founded by Romi and Yash Chandra, with the former previously leading an engineering team in the startup that resulted in India’s first poker network.

Rather than aiming to primarily use ad revenue or in-app purchases for its earnings, CloudFeather Games’ SDK is built around players offering each other bounties with real money – setting targets for users to overcome, and getting paid if they achieve them, focusing on the competitive side of gamers.

"Casual games do not have meaningful monetisation avenues outside of ads and IAPs. Given this, there is room for disruption by providing a novel monetisation avenue which supercharges game engagement, without developers needing to re-design their existing game economies," Romi Chandra said.

"Our first suite of features includes an innovative Bounty Hunting SDK which ‘democratises fame’ for game communities, allowing anyone to create custom bounties around their in-game achievements for the community to beat."

"Leveraging their unique technical expertise in this space, they’re building a suite of competitive tools for any game developer to supercharge community retention and monetisation, while also providing innovative and fun new experiences for gamers."

The funding from the round will be used to make key hires in tech, product, and business development whilst also scaling developer outreach.

"We’re excited to work with gaming leaders Lumikai and a curated group of strategic partner investors to bring Cloudfeather solutions to developers around the globe," Romi Chandra added.

The New York-based mobile games studio Superbloom raised $3 million earlier this year from a Seed Round to develop its first title, a mobile game "for women".