Floating World Under the Moonlight is a winner 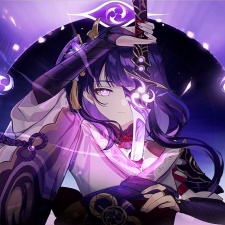 Player spending on MiHoYo’s Genshin impacted has increased by five times for the first seven days of September following a new update, known as Floating World Under the Moonlight.

According to Sensor Tower, since the launch of version 2.1 on September 1st, Genshin Impact generated $151 million in player spending across seven days, exceeding the title’s overall revenue for August.

For the seven days prior, August 25th to 31st, the game amassed approximately $31 million in global spending on the App Store and Google Play.

The largest contributor to player spending was the App Store in China at approximately 37 per cent, totalling $55.7 million. The US placed second at 20 per cent and Japan third with 19 per cent.

Revenue in Japan experienced a 4.4 times rise in revenue, whereas the US saw revenues rise 3.5 times.

Since its release, Genshin Impact has remained the third-highest revenue-generating mobile game, behind Honor of Kings and PUBG Mobile, both from Tencent. The game maintains an active user base through consistent live ops that introduce new characters and content to keep players engaged.

The launch of version 2.1 sets the game up for its best monthly revenue since its release on September 28th, 2020. The first seven days of September alone make this month the title’s best since March 2021, and the third-highest since launch.

To date, Genshin Impact has accumulated almost $1.9 billion in lifetime player spending, putting the game on track to become one of the highest-grossing mobile games of all time.

With the update, Aloy from Horizon Zero Dawn, previously only available to Playstation players, has been made available to mobile and other platforms.