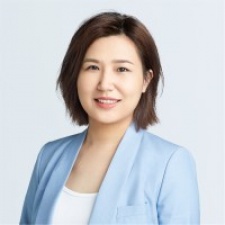 On the tail end of an interesting first day at PGC Digital #8, SocialPeta overseas business development director Summer Liu talked about the ley role of ad creatives and tips on creative optimisation.

Liu highlighted the increasing ferocity of competition in the media buying market.

The average number of creatives among advertisers for 1H 2021 was 543, a 116 per cent increase year-over-year.

Creatives are the most significant factor that can affect overall cost in game advertising. Over 500 creatives are newly updated during game promotion, with the highest quality typically during the scaling of the game.

Liu detailed how plot-oriented creatives have become the mainstream for Match-3 titles. In the past, creatives were tailored towards gameplay but simple gameplay demonstrations did not attract new users.

Creatives are now designed to introduce an attractive and enticing plot (looking at you Merge Mansion).

This is genre-specific however, for example, for midcore and hardcore games live-action creatives are more popular.

Liu gave the example of the massively popular Gardenscapes, which through its life cycle utilised a variety of creatives, such as traditional gameplay, comparison, problem-solving, ring pull, and plot and house repairs.

Gardenscapes developer Playrix introduced interactive ads in 2019 and have been a pioneer of this angle which is now endemic amongst advertisers.

Later in her discussion, Liu gave tips on how to create "hot creatives" which have a longer duration, a lower cost, and more impressions and interaction through analysing the creatives of several well-performing mobile titles.

Firstly, Liu looked at how a classic comparison ad can make gameplay more interactive to players and encourage downloads.

Next, she looked at creatives that start with a seemingly unrelated video that attracts players and then shows gameplay. This contrast gives viewers a long-lasting impression of the games and creatives with this approach show longevity.

Liu stated that creatives that include social media influencers are increasingly trending and successful, especially featuring influencers who are active on short video apps, such as TikTok.

In the Asia Pacific region, creatives that feature live-action plots with dramatic conflict are popular among consumers. This trend however has not yet spread overseas.

Liu says that top publishers have realised that the key to producing "hot creatives" is to invoke the viewer’s "true feelings" or understanding of the game through the video.

SocialPeta found that leading Chinese advertisers strive to make their videos more trustworthy and attractive to users, a method which is now a common worldwide phenomenon.

Long gone are the days of the bait and switch method that evoked our ire providing a false depiction of gameplay.

Liu said that you definitely need to put the actual parts of the games into the creatives and that you cannot cheat completely. However, you can do something to exaggerate the emotions or the interesting parts because that is what creatives and advertising are there for.

A balanced compromise between real emotion and gameplay and the more exaggerated creatives must be utilised to maximise the potential of creatives.

One creative that harnesses this approach are ads where a player is seen making a mistake. These ads end with a failure that the viewer would know how to easily fix and is a typical angle adopted by advertisers in recent times.

As viewers believe they can perform better than the player in the advert they are increasingly likely to download the game to prove this to themselves.

Liu concluded her talk by discussing how some studios reverse the method to test new projects through creatives.

This allows studios to observe the interaction the creatives receive and can indicate that projects that have better advertising performances have a higher chance of survival and are more viable than others. This is a lower-cost method to determine whether players actually want your game as opposed to developing the game before receiving feedback.

Studios can also use this method to test future in-game features of existing projects, such as events or a change in art style or animation.