Will expand portfolio and look to target global games market 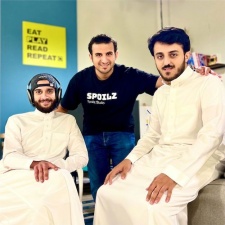 In a translated post from LinkedIn, the firm has stated that the capital was raised from a group of angel investors.

Founded in 2020, Spoilz is based in Riyadh and at the time of writing the firm has two mobile games currently available on the App Store and Google Play, the recently released Jet Warrior and Smack Sack.

It is worth noting that on the App Store the company is listed as "Spoils", whereas on Google Play the firm is named "Spoilz Studio".

Going forward, Spoilz has stated that it will use the funding to develop games and expand its portfolio, with aims of targeting the MENA region and the wider global games markets.

Speaking on the funding, Spoilz founder and CEO Musab Almalki commented: "MENA's gaming industry is expected to grow rapidly in the next few months, creating a need for quality content to meet users' expectations. This fund will enable us to grow and publish games that compete globally."

The MENAT ('T' for Turkey) mobile games market has been rapidly growing over the past few years, and investment in the region has grown to match this. For example, last year Turkish video games investment firm WePlay Ventures grew its portfolio by 11 studios, with 60 per cent of its investment directed at mobile games studios.