60% of portfolio is mobile games studios 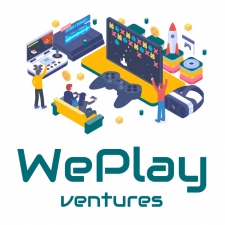 Turkish video games investment firm WePlay Ventures has revealed that it increased its portfolio to 11 studios in 2021.

WePlay Ventures is a games industry-focused investment company based in Turkey that focuses on supporting early stage startups within the MENAT region.

The previous year saw the company invest into eight new studios, including Udo Games, Forge Games, and hypercasual studio Hoody. Of its current investment portfolio, 60 per cent of studios focused on the development of mobile games, whereas the remaining 40 per cent focus on console and PC titles.

Over 220 titles have been developed from its invested studios, with over 170 titles developed for mobile in comparison with 11 PC and console titles, highlighting the overwhelming activity of the mobile games industry in the MENAT region.

The firm has stated that following its contributions, invested game studios have grown four times in 2021, bringing the total valuation of companies to $74 million.

Throughout 2022, the firm plans to expand its reach into Eastern Europe and parts of Central Asia to boost its presence as an investment powerhouse.

The mobile games industry in Turkey continued to grow in 2021 with key acquisitions and investments, such as Rovio’s acquisition of Ruby Games and Dream Games raising $155 million, which placed the firm at a valuation of $1 billion.

Most recently, Turkish mobile games outfit Tiplay studios raised $500 million to increase the size of its team and expand development on its pipelined titles. The firm is currently valued at $25 million.