The round was led by WePlay Ventures 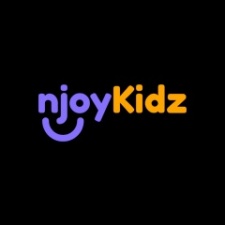 Developer njoyKidz has raised $525 thousand in an investment round over a $5 million post-money valuation. The round was led by WePlay Ventures, with participation from DoMiNO Ventures, Anibera, AngelEffect, Aegean Ventures, and Mustafa Serdar Arikan.

Founded in October 2021, njoyKidz focuses on the development of ad-free educational games for children aged 2-9, with a focus on cognitive development in five categories: memory, creativity, problem-solving, socialisation, and attention. These five categories are further split into 18 sub-abilities.

The platform also includes a parent dashboard, which allows parents and guardians to view notable statistics and analytics derived from their children’s activity in-game, as well as compare their performance to other users in the relevant age brackets.

"The main reason we develop children's games is that the time which today's children spend with mobile devices is an important part of their lives," said njoyKidz founder Utku Bozkurt. "Thus, we want this time to be valuable to their development by creating the entire playground for the right edutainment environment and analyzing the performance-oriented in-game data."

The developer hopes to reach millions of children and develop 75 games in one year, partnering with well known childrens plans and IP’s.

"The participation of such valuable investors will be greatly beneficial in advancing with confident steps towards our goal. Our long-term plans are to reach children and families worldwide by developing collaboration models with platforms such as Netflix, BluTV, Amazon+, Disney+, Nintendo," said Bozkurt.

At present, the company’s games don’t include any licensed characters, however this successful investment round can help the company pursue its long-term goals while taking advantage of the target audience’s enthusiasm for mobile devices.

Although educational games are nothing new to the industry, the company aims to become one of the biggest publishers in the field.

WePlay Ventures recently contributed to the successful investment round of L8 Studios.