The round included participation from WePlay Ventures and Lima Ventures 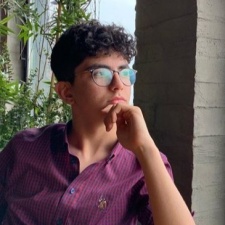 L8 Studios has successfully closed its first investment round, marking a step forward in the company’s business goals.

The studio will operate in the hyper-casual market, where the founders team all have experience, and also work in many points of the game ecosystem. However, the company’s primary focus is the mobile title Crit Wheel.

Crit Wheel is a PVP battle royale racing title which will feature AR technology, and the studio have big plans for the upcoming release. "Besides the games own system we have also started to plan e-sport area of our game. We will develop a system that world has never seen before," said CEO and creative director Emre Ergül.

Another partnership for WePlay and Lima

"We quickly closed our pre-seed investment round, now we want to improve our game with our teammates and turn our potential into a value in global markets together with our investors."

This investment marks the thirteenth title in WePlay’s investment portfolio, as well as Lima’s second. It also marks the second time that the company's have supported the same company following an investment in Udo games last year.

Last year, WePlay invested more in mobile titles than in either console or PC, with mobile games accounting for 60% of their portfolio.