Xterio has raised over $40M in a round of Series A funding including investors such as Animoca Brands and FunPlus. 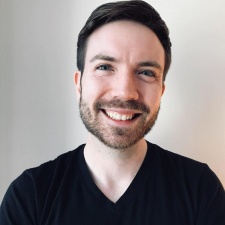 Game publisher and developer Xterio has raised over $40M in funding from investors such as FunPlus to fuel their Web3 games ambitions.

The Xterio platform is designed and developed by the Xterio Foundation, a not-for-profit foundation based in Switzerland, the platform also offers the technology to make the transition from Web2 to Web3 easier for gamemakers. The company already has teams and studios globally, including in San Francisco, Los Angeles, Tokyo and Singapore.

Xterio is developing high-end Web3 games with an aim to create a deeper gaming experience with player ownership at their core, the intent is to use the funding – which received participation from others such as Hashkey, Foresight Ventures, Infinity Ventures Crypto, Matrix Partners and Animoca Brands – to develop and publish their own games as well as support their partners' titles. They're currently building free-to-play, multiplayer games enhanced by blockchain technology, the new funding is apparently going to allow for the continued support of the Xterio platform which is intended to grow to become a social community hub and marketplace,

The publisher already has multiple games currently in development and are said to be planning to announce new titles in the coming months.

Speaking about the successful funding round, Jeremy Horn, Xterio Co-Founder said “This trust and success mark the first step in building the premier developer and publisher of cross-platform games powered by digital ownership”

The Executive team behind Xterio cites an abundance of experience with Jeremy Horn, former vice president of strategy at Jam City and marketing head Darion Lowenstein who started their gaming industry journey right after school going on to producing roles with the likes of Electronic Arts and Activision Blizzard. Joining them is CEO Michael Tong, who is also chief strategy officer at FunPlus, and technology enthusiast Yitao Guan chief technology officer at Xterio and FunPlus.

It appears to be that FunPlus has played a significant role, not only are they a leading contributor of the money raised but active chief strategy officer also holds the title of CEO at Xterio, FunPlus have titles like State of Survival under their belt, Kings Of Avalon and Guns Of Glory, they also made our top 50 game makers list earlier in the year.