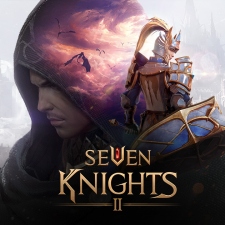 Netmarble’s Seven Knights 2, a sequel to the original Seven Knights passed its first anniversary earlier this month, marking it with special events, in-game rewards and more.

Now Netmarble are extending the event further with even more additional rewards to induce players to keep on coming back for the duration of its anniversary celebrations.

Seven Knights 2 did not make the cut for Netmarble’s recent top-earning games in their financials, however the franchise has been solely expanding including with the release of Seven Knights Revolution in South Korea.

Like many seasonal events, it includes standard log-in rewards encouraging players to ‘check-in’ during the event, as well as longer-term seasonal events encouraging frequent and extended play sessions. For a game like Seven Knights, encouraging players to come back and continue to play will rely often on providing something new and unique. Where major updates aren’t possible or necessary, special events that enhance progression or provide unique rewards are much more feasible.

Impressive numbers and events to mark it

It’s always good when a game crosses its first year, as it ensures it at least has some staying power in an increasingly competitive global market. The decision to have a longer anniversary event may also be a shrewd decision to pump up player numbers in order to tout the heights they’ve reached for their 1st anniversary. Although Seven Knights does not rank highly as a top earner, the dedication Netmarble are showing it indicates it’s still a solidly successful game, and the expansion of the franchise indicates ambitions to keep their focus on original IP’s as well as licenced games such as Marvel: Future Revolution and the Ni No Kuni: Cross Worlds.

Netmarble has also not only been upping its profile to players, but also in a variety of other business ratings. It was awarded an A in a recent Morgan Stanley ESG (environmental, social and governance) evaluation, that will likely give them something else to tout to investors aside from their weathering of the global game industry slump.