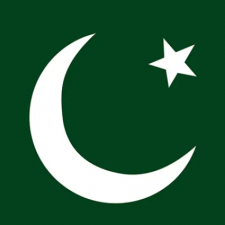 This decision comes in the wake of the SBP’s External Relations Department finding telecommunications companies to be in violation of Pakistan’s regulations. The existing government agreement allows customers to make payments to pay for services for personal use. However the latest ruling is that this does not include in-app purchases. As a result, all payments have been halted and the companies are being asked to resubmit their requests.

“During recent off-site reviews, it was observed that in addition to utilizing the aforesaid mechanism to remit funds for IT related services for their own use, Telcos were remitting the bulk of the funds for video gaming, entertainment content, etc. purchased by their customers using airtime, under Direct Carrier Billing (DCB),” said the SBP in a statement. “DCB is, in general, an online mobile payment method, which allows users to make purchases by charging payments to their mobile phone carrier bill.”

“The Telcos were allowing their customers to purchase above mentioned products through airtime and then remitting funds abroad reflecting such transactions as payments for acquisition of IT related services. Thus, in effect the Telcos were acting as intermediaries/ payment aggregators by facilitating acquisition of services by their subscribers.”

Bloomberg reports that Pakistan has faced a shortage of US dollars and been downgraded by ratings firms such as Moody. The country has been imposing restrictions on both imports and international payments in order to mitigate the effects of this shortage. However, the new import restrictions have negatively affected the country’s economy, with various automobile companies temporarily shutting down in Pakistan due to an inability to import vehicle parts.

At present, the Pakistan’s foreign exchange reserves cover just one month of imports, far below the three month benchmark.

Although it was previously reported that Pakistan was suspending all payments to Google, this was denied by the SBP, who called the claims “baseless and misleading”.

Pakistani consumers will reportedly still be able to make purchases through debit and credit cards. However, DCB accounts for a reported $34 million in revenue annually in Pakistan, and various apps available in the country lack international digital payment methods. As such, although some in-app purchases will remain, it’s likely that overall revenue will decline.

Last year, TikTok was banned in Pakistan for the second time due to “obscene content”.