Show me the profits 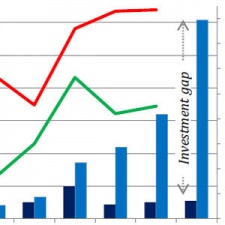 Amazon's deal for Twitch, Facebook's acquisition of Oculus and Microsoft's Mojang/Minecraft deal have helped boost mergers and acquisition (M&A) activity in the game space during 2014 to $12.2 billion.

That's the headline from a report from the market analysts and advisors at Digi-Capital.

It's highlighted five mega deals (aka labelled "billion dollar" deals - the quote marks required as two of the five didn't quite add up to a billion) as being the reason that the first three quarters of 2014 have far outpaced the 12 months of 2013.

Of course, in its own way, each of these deals is an outlier.

As Digi-Capital itself noted:the Microsoft-Mojang transactions was massively over-priced compared to other large game deals; Amazon bought Twitch despite the video streaming platform demonstrating little or limited profitability; and Oculus still doesn't have a retail release date for its VR hardware.

Equally opaque was the move to take the NASDAQ-listed Chinese publisher Giant Entertainment private, while the thinking behind Zhongji, a Chinese construction company, buying DianDian - the casual game operation of Chinese publisher FunPlus - remains unclear and, for some commentators, highly debatable.

Perhaps more interestingly, Digi-Capital points out that if you ignore these deals, 2014's M&A run rate is actually similar to 2013, although the size of each M&A deal has increased by 145 percent to an average of $174 million.

VC investment activity is similar to 2013 in terms of the number of deals but up 45 percent in terms of the value of investments. To-date there has been $1.1 billion invested into game companies; although this excludes IPOs such as King and iDreamsky.

Digi-Capital notes that the difference between M&A activity and investment - what it calls the "investment gap" - is at a historical level.

Partly this is because investment activity peaked in 2011; something which is now bearing fruit in terms of M&A activity.

An alternative view is that M&A values are now too high and entering a late-stage bubble.

US companies get the fever

Something else worth noting in this trend is that in 2014 it's cash-rich US companies like Microsoft and Amazon who are getting caught up in the excitement and spending big.

During 2013, Chinese companies led the games M&A market with 6 deals compared to just 1 for US-based companies. In 2014 so far, the distribution is five each.

Report: Tencent's 2018 was the firm's best ever for investments