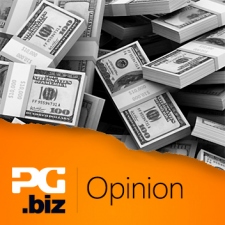 What happens when a market is growing fast, very fast in some countries, while also undergoing massive structural changes in others?

The answer is no one knows what the future will look like, but lots of companies are prepared to spend lots of money now in the hope this will secure them market share then: then being when everything calms down and big profits can be made.

That’s one way of reading the tea leaves of Digi-Capital's most recent report on the state of the games industry.

Entitled Global Games Investment Review Q2 2014, it points out that over the past 12 months, $12.5 billion has been spend on acquiring games companies.

You can see which sectors are the hottest given the sector breakdown: $4.6 billion for mobile games, $4 billion on MMOGs, $2.8 billion on games technology and a mere $1 billion on console games.

Mobile’s the place to be

Looking specifically at mobile games, Digi-Capital reckons the sector will be worth $33 billion by 2017, up from $16 billion in 2013, driven mainly by massive growth in Asia.

Part of this growth is also coming from the cannabalisation of other game sectors as player spending become less hardcore and less console-focused in the west, and less PC-focused in China.

The result of these trends is that Asia - especially China - is driving a valuation bubble in terms of big internet/PC gaming companies such as Tencent spending large amount of cash to acquire stakes in the mobile game publishers it thinks will have strong market share in China, Korea, Japan and south east Asia in the coming years.

But it is important to note this activity is not just happening in Asia. The power of mobile games to cannibalise existing markets and unlock new players was also underlined by Zynga’s acquisition of NaturalMotion for $524 million.

Yet, while this activity is happening, the traditional financial markets are not proving to be good place to be.

Despite a recent rise, King’s stock remains under its floatation price, while Zynga is a third of its IPO price. Chinese publisher Giant recently took itself private from the New York Stock Exchange, while Shanda Games considering a similar move from the NASDAQ.

Chukong Technologies postponed its planned US IPO because it didn’t think it was valued highly enough by the market.

And it’s the combination of all these forces - a fast-growing M&A and investment market combined with the perception that public markets are undervaluing companies that’s creating what many commentators consider is a bubble market, especially in China.

That’s not a word Digi-Capital will use, of course.

It merely notes that “all acquisitions should be made on their merits,” and that understanding current conditions of the “recent bull games acquisitions market could help to decide when (and how) to sell your games company”.

Obviously as an investment banking services company, it has ‘skin in the game’. A bull market is good for its services, but a valuation bubble scares people as no one knows when the bubble will pop.

Of course, it could also be argued that journalists have skin in the game. An article with the term bubble in the title will get more attention than one with bull market in the title.

(N.B. A bull market just means a growing market in financial talk. Its opposite is a bear market.)

But however you want to describe it, it seems pretty clear that there will be more eye-watering companies valuations and M&A deals in 2014, especially in China.

And that we’ll look back at many of these deals - just as we have with historic deals such as DeNA’s acquisition of ngmoco or Nexon’s acquisition of gloops - and politely suggest these were not deals that provided full value to the acquirers.