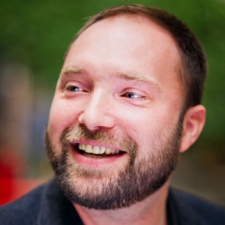 It's traditional that the CEO of an company which has just been sold for a vast sum of money will tell you that 'It wasn't for sale'.

So far, so good then in terms of my interview with Torsten Reil, the CEO of UK studio NaturalMotion, which was bought by Zynga in a $527 million cash and share deal in January 2014.

Apparently "It wasn't for sale."

But Reil is nothing if not honest about the surprising nature of the acquisition.

"Before I meet with Don Mattrick [Zynga's CEO], I had an outsider view on Zynga," he says.

"What became clear, however, was that Don is ambitious and is pushing for high quality experiences and strong franchises.

"That's exactly how we think about things."

What that means for NaturalMotion is it's now laser-focused on two franchises - CSR Racing  and Clumsy Ninja.

Clumsy Ninja  has just been released on Google Play, following CSR Classics,  which was released on the Android app store earlier in April.

"Developing for Android is about ensuring we can meet the quality levels we have on iOS, but fragmentation is less of an issue," he states. "We can better filter devices now."

More significant, though, is the change in what Reil says the 'quality of Android users'.

"There's been a lot of progress when it comes to monetisation on Android so we don't need a different strategy compared to iOS," he clarifies.

CSR Racing  is NaturalMotion's big success and the one that most influenced the company's price.

And despite competition from companies ranging from Kabam and EA to Creative Mobile, Crooz and Cie Games, Reil is convinced the genre has plenty more expansion space under the hood.

"I think cars have universal appeal, but you have to be careful. It's easy to go too niche. Going truly mass market is the opportunity."

As for Clumsy Ninja, it remains more of a developing franchise; something Reil calls "People as a content category".

"It will be big," he says. "But Clumsy Ninja  isn't a game. It's an interactive character."

So while the combination of the words 'clumsy' and 'ninja' have proven to be "resonant", NaturalMotion is now hard at work coming up with new ways of presenting such fully-interactive characters.

Built on the foundation of the Euphoria character animation technology NaturalMotion licenses to console developers, but is keeping for itself when it comes to mobile, the trick with Clumsy Ninja has been how to position it, particularly commercially.

"It was never designed to monetise in the same way as CSR Racing. We understand that children and families will be playing it, although it's not a kids game," Reil says.

"We take that responsibility seriously."

[Zynga] is pushing for high quality experiences and strong franchises. That's exactly how we think about things.

One obvious example is that the most expensive in-app purchase transaction is $29.99 compared to $99.99 in the CSR Racing games.

Of course, having spent $527 million buying NaturalMotion, Zynga - and its embattled shareholders - will be expecting the deal to bear fruit, and quickly.

Reil won't be drawn on any specifics. He is keen to point out that the acquisition isn't just a one-way street, however.

"We're good on the sizzle and we know user experience, but we knew we had a lot to learn in terms of live operations and how to run games for months and years," he explains.

"From that point of view, it's already been eye-opening to work with Zynga."

That's good news in terms of future synergies, but if there's one thing the CEOs of both companies are committed to it's the game.

"The point of the deal is to keep our culture and that's putting quality first," Reil ends.

"It's about building longterm value. That goes beyond the price tag."