Opinion: The painful progression of DeNA and GREE's $500 million US expansion 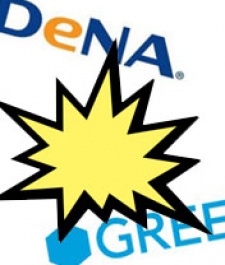 As I argued at the time, it's easy to get lost in the headlines, rather than attempting to consider the implications of smaller print.

As a fairly minor point, the ngmoco deal - commonly referred to in headlines as being $403 million - was actually $303 million upfront plus $100 million in potential future earnout, while OpenFeint's $104 million deal was the initial price with potential earnout undisclosed.

The news that in their previous full financial years, both US social mobile gaming platform companies had been loss making, put additional spin on the situation. For example, it transpired that GREE had bought OpenFeint for 368 times its annual revenue.

Still, these sort of mergers are expensive because they are driven by a fast closing opportunity to get into a fast developing market.

On that basis, you have to wait to see whether the outcomes will be worth the cash spent; something the months since both deals have thrown light on.

The counterbalance is research proves that acquisitions are more often than not priced much too highly, and usually fail in respect to their original goal.

A classic example for mobile gaming is EA's acquisition of JAMDAT for $680 million in late 2005; a deal that four years later resulted in $368 million of goodwill being written off EA's ledger.

In the DeNA corner

As the bigger deal of the deals, as well involving the two most mature companies, the DeNA-ngmoco play has been the more solid.

Ngmoco has been building out its executive team, hiring a CMO from Mattel and a COO from Current TV, as well as buying US Facebook studio Lionside, Dutch developer Rough Cookie, Chile-based Atakama Labs, Vietnam developer Punch Entertainment, plus setting up a new publisher office in Singapore to go alongside those already in China and Korea.

The result is DeNA now has almost 400 development staff worldwide, and incredibly says it plans to expand further to 1,000. The company's total headcount is almost 1,300.

Still, there remains a hefty fly in the ointment.

The whole point of the ngmoco acquisition was for DeNA to learn from ngmoco's Plus+ iOS social gaming platform as it attempted to transition its massively successful Mobage social mobile network in Japan for a global, smartphone audience, notably Android-based.

Despite the massive amount of cash DeNA has spent on company infrastructure, content acquisition - including a freemium version of Infinity Blade - and engineering, we're no nearer understanding how the current Japanese cashcow and rest of world smartphone platforms are to be coherently combined, technically or financially.

Indeed, on occasions there seems to have been internal confusion too, with DeNA saying in May that ngmoco had paused internal development of games to focus on Mobage platform; something quickly denied by ngmoco.

Also, from the vanilla figures available on the Android Market, the downloads from the games DeNA has released through Mobage in the west to-date, even on the massively expanding Android platform have been - in the words of JP Morgan research - "extremely small".

Certainly, it's no disaster, but without an uptick before long, DeNA's investors will likely start to feel concerned about the hundreds of millions of dollars being spent post-acquisition - $120 million in its Q1 FY11 alone.

Compared to DeNA-ngmoco, GREE's acquisition of OpenFeint was similar both in terms of company type and goals - Japanese network acquiring US equivalent to expand globally and learn smartphones - if smaller with respect to company scale.

And this scale seems to have been the core of its current problems.

Unlike the money lavished on Mobage and ngmoco, the OpenFeint platform seems to have continued pretty much as it did prior to GREE's acquisition, as the defacto option for cross-platform iOS and Android gaming sociability, also building out monetisation and promotional features for indie developers.

There's been no great statements made about global integration.

Internally, however, things have looked much less stable.

Partly, this is because OpenFeint was a more traditional Bay area start-up than ngmoco, with an engineering focus and unexperienced management.

Indeed, it lost co-founder Danielle Cassley a couple of years back as it was switching from being a game developer to a tech company, and the involvement of OpenFeint's key investor, the experience entrepreneur Peter Relan ended following the GREE buy-out.

In contrast, GREE has been quickly building up its own US office, hiring a different types of staff such as ex-Google Japan exec Jori Pearsall and one-time EA/Playfish business development manager Shanti Bergel. Similarly, ex-Playdom executive producer Ethan Fassett is now OpenFeint's SVP of product.

Hence, it's not surprising there's been something of a culture clash.

Change at the top

The most obvious casualty was the loss of high profile company co-founder and longterm CEO Jason Citron, who left in mysterious circumstances; fired by GREE according to those in the know for missing revenue targets.

He was replaced by GREE's entirely unknown in the west CFO Naoki Aoyagi, clearly demonstrating that unlike DeNA, GREE was taking a tough line in terms of generating revenue from its US subsidiary, while also shifting executive control to itself.

Effectively, OpenFeint is now an engineering and sales operation, not a standalone company as is ngmoco.

The result has been a slow braindrain of OpenFeint staff with marketing, biz dev and carrier managers leaving over the past couple of months, as GREE's Japanese management culture rubs up against the more easygoing US technology spirit.

Of course, as with DeNA-ngmoco, it's no disaster, yet.

In fact, it could be argued that with a more flexible goal in terms of technology integration and smaller overheads, GREE-OpenFeint is better placed; this being a staff transition perhaps quickly forgotten.

Still, in both situations, it's clear that such expensive acquisitions are extremely difficult to bed down, both in terms of matching Japan and US management culture, not to mention the technical integration of vastly differing social mobile gaming frameworks.