The next frontier in gaming: Entering India 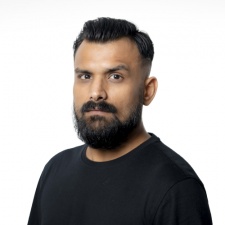 Kasturi Rangan is CEO of Orange Rock Studios. Kaley Hurst is a senior manager of marketing and PR at PTW.

With around 300 million gamers generating nearly 43% of annual gaming revenue growth, India is poised to be the next major frontier in gaming. The massive gaming industry shows no signs of slowing down.

Today, gaming is the fastest growing and highest-grossing segment in the entertainment industry. According to Reuters, while other forms of entertainment are experiencing a decline – T.V. revenue fell by 8% last year – the gaming sector is here to stay, with sales increasing at an annual rate of 10.7%.

While there were almost 1.82 billion video gamers across the world in 2014, this figure is expected to rise to over 2.7 billion gamers by 2021. The Asia Pacific region is at the heart of the global video gaming industry.

According to estimates, there were over 1.2 billion video gamers in the region in 2018, generating a combined revenue of $71.4 billion (USD). This represents more than double the revenue generated in the second largest region, North America.

Given how much money the average gamer devotes to their hobby, it is no wonder that the gaming industry is worth billions – gamers worldwide spent an average of over $123 on gaming over a three-month period in 2018.

But with new opportunities come new challenges. India is a large and incredibly diverse country, and with 29 separate states, 7 union territories, 121 languages, and countless markers of cultural diversity, building successful titles for the Indian gaming market requires planning and expertise.

We have been operational in India for more than two decades, and we have a unique lens into the outlook for the industry. Here's what we've learned from our extensive presence in India, from our esports team (OR Esports) to our game services studio (PTW).

Revenue Growth is in Mobile

When it comes to culturizing a mobile game to India, employing native talent from that region is the best way to ensure that your game will be culturally relevant.

In addition to that, India has the cheapest data globally, with an average cost of 1GB at $0.26 in March 2019, compared to $12.37 in the U.S. Moreover, there is extremely low P.C. penetration in India. Console gaming is also prohibitively expensive in India, so if Indian gamers want to play, more often than not, they are playing mobile games.

This means that accessing emerging markets like India must be done through mobile games. One strategy for this is the porting of legacy games from platforms like Sega Genesis, Classic Facebook Games, Kongregate, Miniclip, and Gameboy to Mobile.

It is a massive undertaking to rework a game for a new platform, especially if that platform didn’t exist when the game was originally created. Success in this endeavor requires a phenomenal degree of engineering expertise and a deep understanding of the dynamics of the Indian culture and diversity. Ultimately though, porting can mean incremental revenue for publishers.

But Don't just Port and Cross your Fingers

Porting to mobile alone is not a robust enough solution to access emerging markets like India. India is a diverse country, with each of its 29 states having its own language, cuisine, customs, and celebrities. They each have a distinct personality, and to succeed in one means carefully understanding each region and crafting your message to that specific market.

When it comes to culturizing a mobile game to India, employing native talent from that region is the best way to ensure that your game will be culturally relevant. If you aren't careful about this stage of investment, you will end up with a game that either doesn't resonate with your audience or could even be culturally offensive, resulting in a negative brand image. It's vital to focus on localization by native talent at this stage before you go any further with your game.

Users expect an immersive gaming experience, and in order to have that, they must identify with the game story and characters. Making a seamless in-game experience relies heavily on both localization and translation. Because each region in India is so vastly different from the next in terms of influencers, language and culture, games need to be culturized by region.

A character who is dressed in traditional Indian clothing will automatically resonate more with an Indian consumer than one dressed in western attire. Similarly, a scene depicting the hustle of Indian streets rather than the order of a western road will feel more familiar and accessible to an Indian gaming audience.

The model for economic success in India comes from scale. Despite lower incremental revenue, the sheer volume of gamers in India means revenue success.

However, even this doesn’t tell the whole story. Hindi is more commonly spoken in North India, while South Indias are deeply rooted in speaking either their native language or English. When releasing a game, target region and audience need to be set in advance so that in-game dialogue and culture context can be set to match that environment.

The diversity of Indian language and culture is vast and careful localization and translation by native speakers is absolutely key to ensure success in this market.

Socioeconomic diversity is another essential factor that needs to be considered when attempting to enter the gaming market in India. Like all countries, India has highs and lows, but the sheer size of the country scales those differences into real challenges for developers.

However, the model for economic success in India comes from scale. Despite lower incremental revenue, the sheer volume of gamers in India means revenue success.

One medium that we have seen to be very successful is freemium strategies. The market opportunity is there, but only if approached in a way that makes games widely accessible. Mobile games have mainly been successful in India due to the volume of games available, the relatively low cost to produce mobile games, and the ease of access to both new and used smartphones.

Freemium games, in particular, are perfectly suited to release the inner-gamer in individuals across a myriad of backgrounds and cultures because they offer a gaming experience without necessarily committing to an initial purchase price.

When it comes to those who impact the consumer market in India, some influencers are relevant only to specific regions, while some are recognized on a national level. Just like any consumer market, finding success in India means partnering, not just with celebrities and influencers, but with the right ones to reach the region and platform you are targeting.

When it comes to gaming, the influencers that are often most relevant are streamers. It's no secret that live streaming has changed the way people consume games. Recently, the rise of Twitch has seen a shift in the role stream hosts play in exposing titles after and, in some cases, before its launch.

Partnering with the right steamer brings authenticity and a built-in community to your game. Most of these streamers operate primarily on mobile. Again, the importance of mobile in emerging markets cannot be overstated. Top streamers such as Clash Universe boast millions of followers on YouTube and are a major force connecting the market to their legions of gaming enthusiasts.

The potential for growth in Esports is tremendous. China is set to surpass the United States as the highest-earning Esports country in 2019, according to data released by NewZoo. The report, which combined market data from the last 20 years to predict the average winnings for the next five years, expects Esports' earnings to continue to rise in 2019.

The report also suggests the earnings of the top five players will increase by 39.6% from more than $2 million in 2018 to earn over $3 million in 2019. Many companies are already capitalizing on this with brand investments in Esports, including advertising and sponsorships. This is expected to double from $694 million in 2018 to $1.39 billion by 2021 as marketers increasingly invest in the booming sport.

It's essential to engage with the right influencers on both the national and the local level.

Where game publishers once saw Esports as a marketing ploy, investing in Esports is now absolutely critical to the success of a game. The growth for Esports globally, and especially in India, is via mobile. By 2020, it's predicted that 41% of gamers will be primarily gaming on their phone. We see this trend carrying over to Esports as well.

Anticipating this trend, PTW made the move of launching an Esports team in August of 2019. We dove in, not only because we believe in empowering Indian gamers, but because we believe that investing in esports is the future of gaming. PTW's initial investments have already come to fruition, with our gamers standing shoulder-to-shoulder with the best esports teams in the country. They are now a top-tier PUBG Mobile team in India.

As esports gains mainstream traction globally, it is set to overtake traditional sports entertainment in many cases. 2019's League of Legends Championship nearly surpassed that of the Super Bowl, and esports teams and competitions are drawing in sponsorship from companies like Nike, Twitch, and Red Bull. Revenue from esports alone is projected to reach nearly $1.8 billion in the next three years, and India is well-poised to contribute to a significant portion of that revenue.

Pick Your Market and Enter it Right the First Time

The case for entering emerging markets is clear, but so are the challenges. There are many other hurdles to cross before finding success in India, such as the prevalence and popularity of gaming parlors in India. Or the fact that 4G network speeds in India are still the slowest in the world and make heavy graphics in games impractical.

There are also market insights on India that we haven't even covered yet, like the fact that Indians still consume print media, thereby making print journalism relevant even today.

If there's one thing that I would suggest as a strategy for infiltrating any emerging market, it's to put an expert on that market on your team. Hire or partner with someone who has access to native talent. Start with a sub-market and expand from there. Beyond that, it's essential to engage with the right influencers on both the national and the local level.

Another important tactic is to understand how to partner with local and state governments on gaming initiatives. In-app cross-marketing, as automated as it is, doesn't have conversion as much as curated marketing does.

Ensure curated content is culturized for each state. India is a nation that is driven by emotion, so scaling through automation without empathy can prove disastrous.