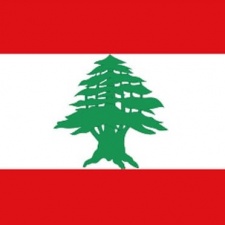 According to the leading Arabic-language newspaper, An-Nahar, in 2016 Lebanon was home to just two game companies.

A year later that number had climbed to six; an impressive percentage increase, but still a good way off being a true hub by any definition.

Since then there have been efforts to build and internationalise.

The now-dormant Arab Arcade initiative saw the foundation of the Beirut Game Fest, which served to bolster and grow the scene. Game jams and Unity workshops started to gain momentum.

But then things went very quiet.

That’s not to say Lebanon’s game making sector has vanished. Indeed, a resurgence may be on the cards.

For decades Lebanon has been committed to fostering a burgeoning tech sector, and today it stands as a place that investors are keen to support.

Furthermore, a lasting effort has been put into establishing the ecosystem needed to found a sustainable tech sector in Lebanon, and a handful of game companies are presently taking advantage of that opportunity.

Lebanon is modest in size and boasts a population of just over six million residents. But – somewhat like Jordan – it traditionally punches above its weight when it comes to its status and presence in the wider economy and culture of the MENA region.

Yet while there is a long heritage as a commercial centre for the Middle East and North Africa, it is worth noting that presently Lebanon is seeing its most significant protests in years, as the public express anger over a proposed austerity budget and a deepening financial crisis.

A new generation of ambitious Lebanese developers has built multifaceted game companies that focus on mobile, advergaming and VR

The government needs to raise taxes and cut spending to open the doors for $11 billion in international investment currently being held. But the public is not happy with those measures. Indeed, at the very moment of writing, large crowds are gathering to face off Lebanese security forces.

Lebanon, it appears, can shift as quickly as one can write about it.

Despite the current turmoil, the broader pattern is more encouraging.

Annual GDP has climbed tremendously over the past decade, in tandem with a booming technology hub emerging in Beirut. And there is something else; internationally recognised education.

According to the state-run Investment Development Authority of Lebanon, the country ranks fourth in the world for its science and maths education and 18th in the world with regard to its overall education system.

That has led to the emergence of an impressive science and R&D infrastructure.

This is also reflected in the population, which is one of the most tech-savvy in the MENA area. Smartphone penetration was close to 80% in 2018.

And – while the meaningful and important struggle of the broad population in Lebanon should not be dismissed – tech continues to thrive.

Investors, accelerators, incubators and initiatives abound, though local startup seed program and early-stage fund Flat6Labs Beirut points out that such entities are only now starting to realise the value of games.

Equally, Lebanon’s position as neighbour to Israel’s internationally recognised tech hub appears to have money, talent and resource filtering in over the border.

A new generation of ambitious Lebanese mobile game developers are finding their footing, and openly eyeballing significant success in the US and beyond.

Studios like Yayy, Wixel and Game Cooks have built impressive multifaceted game companies that focus on – among other things – mobile, advergaming and VR. The latter has even moved to open a San Francisco office to expand its global presence.

Wixel's Reine Abbas will be a speaker at our upcoming Pocket Gamer Connects Jordan 2019 event.

Wixel has worked on non-profit and educational projects such as Antura And The Letters (trailer below).

It would be an overstatement to assert that Lebanon stands as anything like a leading MENA game hub.

Its local market is small, and meaningful data on the nation’s mobile industry is remarkably hard to come by.

Time and again this series of articles on the MENA video game sector has been framed by the word ‘opportunity’. Presently, Lebanon as an opportunity is relatively modest.

‘Potential’ is perhaps a better word here. Lebanon is one to watch, and perhaps even more so one to lead.

Everything is in place for Lebanon to emerge as a growing presence in the global mobile game dev community, and the rewards could be tremendous for those that gain an early presence in the country.