How $50 million round will enable Chukong to go big internationally, and get bigger in China 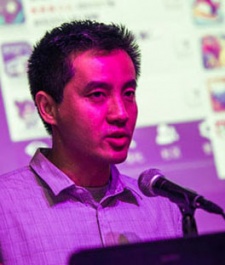 Not bad for the Chinese mobile developer and publisher that only released its first big game in the west with Contra: Evolution, the Konami-owned franchise's first official iOS version in early 2013.

That's because the bulk of its business and revenue currently comes from the Chinese market, where it's had strong success with its Fishing Joy series.

The $50 million D funding round should change this, however.

According to Lei Zhang, the GM of Chukong's US operations, the investment will enable it to scale up all parts of its business.

Publishing is one element, with the company looking to roll out more games for the international market.

It currently has two games in soft launch testing; Ring Toss Arcade and Galaxy Factions. Both have been developed by thirdparty Chinese studios with Chukong taking on publishing duties via its newly rebranded CoCo Entertainment division.

Playtika's massively successful social video slots game Slotomania is another game that it will publish in China.

Perhaps the biggest shift resulting from the investment, however, will be to Chukong's tools business.

As part of the rebranding, it's formally bought the Cocos2d-x game engine into its corporate structure, rebranding it CoCo Studio, and hiring original engineer Ricardo Quesada to drive future development.

"It's vital that we keep expanding what developers can do with CoCo Studio."

This was something also stressed when I interviewed Chukong CEO Haozhi Chen during the ChinaJoy conference.

He argues that the company's tools business enables it to develop better games, as well as providing it with access to the best developers; something that's key for its publishing business.

This technology element will also be reinforced as the company further invests in its Chinese mobile platform.

As a highly fragmented market, in terms of hardware, carriers and app distribution, having the infrastructure to handle messy technical issues such as billing, and social communications between players remains vital.

"It's not a platform as such, but the ability for our games to share cross-promotions and social interactions is an important part of our Chinese publishing operations," Zhang says.