The opportunity is huge across the whole of Asia 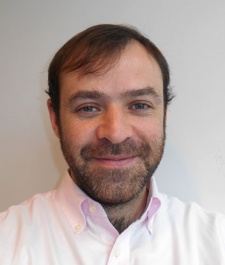 David McCarthy is director of the platform division business alliance team at Metaps, a leading Android monetization platform based in Asia.

David has worked in the videogame industry for more than ten years and has previously worked for Edge Magazine and Rockstar Games. He is also the author of Game On!: From Pong to Oblivion The Greatest Video Games of All Time.

He's currently setting up Metaps' European base so it can provide better help for European developers.

David McCarthy: The remarkable revenue growth across Asia; the growth of Google Play as a platform; and the increasingly global success of companies like LINE, King and Supercell.

I think the biggest challenge will be spotting the next big trend before it happens.

I think a maturing market makes it tougher for everyone.

But that also makes it exciting - especially for those indies who are nimble enough to overcome their lack of scale and limited resources. I think that's always been the case.

I think the opportunity is huge across the whole of Asia: the charts in Japan have seen a pretty radical shift in the past twelve months; Korea is a tough market but a rewarding one; and Taiwan is one of the largest Android markets in the world.

Then, as you mention, there are emerging markets in southeast Asia and Russia that are also fascinating.

I hope to meet as many European developers as possible and to make long and lasting (and fruitful!) partnerships with them.

If I had to enforce a resolution on the industry, it would be to work with Metaps, obviously! Or, failing that, to look beyond their comfort zone. Find new markets, new game styles, new ways to succeed.