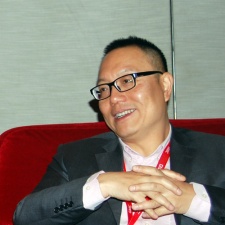 The biggest change affecting the Chinese games market is the shift from PC to mobile games.

Although mobile games still account for a minority of revenue - around 15 percent in 2013 - the sector is growing much faster than the PC games market, both client and browser segments.

This is proving a big challenge, as well as a big opportunity, for China's giant game publishers.

One such is Perfect World.

"I started thinking about mobile games two years ago," explains CEO Robert Xiao, during the GMIC 2014 conference in Beijing.

"When it comes to PC games, that's our core competence. We are good at the technology, beautiful graphics and strong storyline.

"But mobile is different. It's a different audience. There are different expectations. I think IP is more important on mobile than PC."

In that context, Perfect World's focus when it comes to mobile games has been in hardcore genres such as ARPGs.

Return of the Condor Heroes has been a top 10 top grossing game in China, and the company has recently released Dawn of the Immortals.

"This is our expertise," Xiao says.

Of course, he says you can't just port PC games to mobile.

"We need to build games for mobile behaviour. We can use the same brand, but it needs new gameplay and story."

But more than just developing games, distribution in the Chinese market that's dominated by Android devices, but doesn't have Google Play, is another challenge that must be successfully overcome.

"Yes, mobile publishing is more challenging than on PC, especially for developers, but I think this is a greater opportunity for Perfect World," says Xiao.

"We have an unique opportunity to build a channel and that expertise will also be important in other emerging markets such as Brazil and Indonesia, not just China."

The rise of mobile games isn't the only challenge facing companies such as Perfect World, however.

After years when they were banned, games consoles are now being allowed into the Chinese market, and Xiao is keen to ensure Perfect World has a presence in that sector too.

"I see the world market as being equally split between PC games, mobile games and TV games," he says. "In the coming years, I would like to see Perfect World's revenue mirror this."

This would be a radical change, given that the vast majority of the company's sales come from PC games. (The actual percent isn't publicly known as the company doesn't yet formally break out the split in its quarterly financials.)

But Xiao is keen that the growth of the company's mobile business shouldn't be seen to happen at the cost of its PC games business.

"The growth of mobile games will not destroy the PC games market," he points out.

"Mobile is growing faster than PC in China, but PC is still growing. We must make a balanced transition."