The passion of crazy geeks 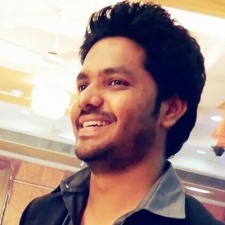 When it comes to mobile game development, India seems to be an 'almost' country.

It has lots of mobile users, but they don't monetise like the Chinese.

Development-wise, it has plenty of IT companies, but its game development community is structurally weak and many of its most popular mobile games are based on Bollywood licences and cricket.

Still, talking to Vaibhav Chavan, the CEO of Mumbai studio underDOGS, you can't not be impressed by his passion for the industry and his desire to create the next great Indian mobile game.

Pocket Gamer: Can you give us some background on the company?

Vaibhav Chavan: underDOGS Gaming Studio is a game development and publishing company from Mumbai, India. Founded in September 2011, we are a very small team of five enthusiasts focused on developing quality games, mostly 3D on major platforms like Android, iOS and Windows Phone.

We've developed more than 50 online, mobile and tablet games for clients in past two years, but we are currently concentrating on publishing our own games.

Out of all our games, Parking Evolution 3D is getting quite popular right now.

We hear a lot about India being a high volume, low revenue market for mobile games. Is that true?

Yes, India is a very high volume market as the amount of smartphone users alone is more than 100 million as of 2014.

Indian game development is yet to blossom. The community is quite small and in a learning phase.

Unfortunately, the revenue model is low as compared to the volume because of two major reasons: unpredictable and uncertain advertising revenue; and very low credit card penetration. Most of the devices are basic Android models in tier 2 and 3 cities where people are not at all interested in spending money.

Developers here are focusing on global market appeal and making games with that strategy - hence, not restricting themselves to Indian-based content.

It's always better to go global and yes we do the same.

We don't focus on specific markets and we ensure that our games will appeal the audience worldwide. But to start, what we do is we release a game in one country to test it with the audience only for reviews. We tweak the game with that feedback and then release the game globally in all countries.

Tell us about your new title Parking Evolution 3D?

Parking Evolution 3D is a 100 levels parking game set in a stunning 3D world that fits within a 20MB download.

You play as a car and park in specified locations. It's kind of easy but it gets tougher when you play as a truck carrying goods such as crates, drums etc. You have to avoid dropping the items. We think the realistic driving engine, steering wheel control, cartoony graphics and challenging levels makes it an addictive experience.

We launched the game on Google Play two months ago and received more than 160,000 downloads. Recently we released on Windows Phone and iOS and we are getting around 2,000 - 3,000 download daily on both.

We are working on another update with 10 more cars and trucks and more levels as lot of users are asking for this.

What's the community like for mobile game developers in India and Mumbai?

It's a no brainer that Indian game development is yet to blossom. The community is quite small and in a learning phase. Most of the developers are indies but have the ability to shake up the bigger whales.

A few are trying to make it big but choosing the wrong path - ripping already famous games. This is where the learning phase comes in. Yet there's a lot of competition amongst developers to develop that next big casual game which will be from India.

How much help do you get from the government?

Not much, but a couple of state governments in India such as Andhra Pradesh provided huge capital to start a Game City in Hyderabad. It's an incubator supporting only gaming companies.

Other than that I don't think government is interested. Generally, gaming is not treated as a career in India but passion of crazy geeks who are trying to be creative.

What do are the biggest challenges you face?

We have expertise in Unity 3D, which is a very rare thing in India as most of developers work natively. Our games are always cross-platform so development and innovation never suffers.

But being a very indie studio, the biggest challenge is to generate capital investment for gaming. Due to this we suffer in terms of marketing, advertising, promoting and publishing our games.

We make fairly good games which can generate high downloads but we would do better with investment support. A good game idea needs to be implemented well, as well as promoted well.

One more area which is quite a big challenge is to get people talking about your game, typically by for reviews and articles on your game release. Big companies usually do this by paying a chunk of money, but we can't do this. It seems like every other free PR site is actually a paid one, which the developer only realizes after a long email trail.

What are your plans for the company over the coming years?

We are working on a very big title called Grand City Wheels. which is now in the design phase.

We are looking for investors to make this dream game come true.

We believe we'll soon find one, and in coming months you'll be able to play a good title from India, which will get people hooked as much as Candy Crush or Clash of Clans has.