Boss Fight Entertainment's Bill Jackson on the opportunities in India 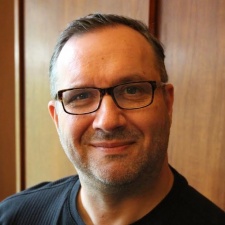 Much of this time was spent at Bonfire Studios, a developer that would end up being acquired by Zynga and rebranded as Zynga Dallas in 2010. That team launched CastleVille in 2011, and to great success.

But in 2013, as part of Zynga's cutbacks, the Dallas office was closed down. At this point Jackson and other former employees decided to get together to form Boss Fight Entertainment. It has since developed RPG Dungeon Boss for mobile and is currently at work on another project.

Having worked both within big organisations and independently, it's easy to see why he was selected to deliver the inaugural keynote at India's NASSCOM Game Developer Conference 2016.

“This is an emerging market, and the markets that I've been in have been through this transition already,” he explains to PocketGamer.biz at the Hyderabad conference.

Been there, done that

So from Jackson's experience, where can we map the current state of the Indian games market to what we've seen in the West?

“When you look at how the monetisation is working here and what's important, it's very much like what allowed games like Words with Friends to really generate a lot of revenue.”

How monetisation works here is very much like what allowed games like Words with Friends to generate a lot of revenue.

However, he adds that the transition from ad revenue to IAPs is an important one, as ads can only generate meaningful returns for games that operate on a massive scale.

And conversely, India's development scene is an indie-dominated one.

“Will they produce the mega-hits or not? Typically not,” says Jackson.

But much smaller successes can be deemed 'hits' in the Indian market, and this is where the opportunity for local studios lies.

“[India is] top five in downloads, they're not top five in revenue,” he says, quoting App Annie and NASSCOM's report on the Indian mobile games market.

I'd establish cultural franchises. Even if they couldn't monetise yet.

“When they reach that point, you're going to see worldwide games start to come in and be tough competition.

“So right now there's an opportunity for the indie developer to get a game that makes a good income for a three-person shop and stack three or four of those because the dev times are short.”

But if Jackson himself were working exclusively in the Indian market, he would be thinking more long-term.

“I would want to establish cultural franchises,” he says. “Even if they couldn't monetise yet.”

The theory is that when revenue catches up with downloads and the big international companies are spending millions to gain Indian market share, developers who have done this will benefit from having established hits to drive down cost per install.

India's on the cusp of a fast expansion.

“The smart studios are building franchises that they can leverage for years,” he adds.

But even as a developer who's not based in India, Jackson is well aware of the opportunity in India.

“They're on the cusp of a pretty fast expansion,” he considers.

“The biggest problem that [Dungeon Boss] has here is download size. So if I could solve that problem, I'd probably want to be more aggressive - just to establish it as a known entity here.”

Even from his last visit four years ago, he notes more developers making their own games for a global audience and less work-for-hire. Getting in on the action is something he's considered.

Should we have a Boss Fight India that's working in this region to do something? It makes sense.

“Should we have a Boss Fight India that's working in this region to do something?” he questions. “I have a lot of friends here so it makes sense.

“But the real thing for us right now is just understanding what's behind the billion [population]. It's going to be a huge industry, but when and how?”

When Zynga Dallas shut down in 2013, Jackson notes that monetisation was increasingly shifting towards IAPs, the general quality bar was going up and genres such as RPGs were being under-represented.

For the newly-formed Boss Fight Entertainment, then 12 people strong, “it was a killer position” for their collective experience and interests.

It launched midcore RPG Dungeon Boss with publisher Big Fish Games in 2015, and the team has since grown to 75 people.

I doubt there are very many indies in India at the size of Boss Fight.

Something to aim for

He adds that at least one third of the existing team is handling live ops, while the rest work on an upcoming project - which will also be publisher-backed.

As a company, Boss Fight Entertainment is significant as it's completely independent and yet still boasts a relatively large team - a place where many of India's existing indies would love to be.

“I doubt there are very many independent developers here at the size of Boss Fight,” agrees Jackson. “We're 75 people right now, and we've been around for three years.”

But he's confident that this kind of success will be coming for Indian developers in the near future - and that those who are set to make it are already laying the foundations.