"Many gamers are fed up with F2P": Why Lakoo is bringing subscription-based games to mobile 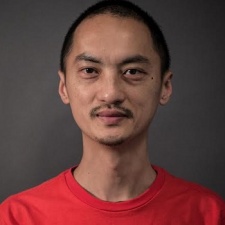 Having racked up more than 12 million downloads for its 2011 free-to-play MMORPG Empire Online, one might assume that Lakoo is content with mobile's dominant business model.

But the Hong Kong studio, which started out releasing games on feature phones, is now instead reaching out to players who feel alienated and frustrated by free-to-play monetisation, adopting a subscription-based model.

Its first effort is Pandora X, an MMORPG which has racked up 90,000 downloads so far.

While subscription-based gaming is familiar - arguably past its peak, even - on PC, on mobile it's still a relatively young concept.

The option to implement a subscription model was only introduced for App Store and Google Play developers in 2016, and the games that actually utilise it are very rare, particularly outside of titles targetted at kids.

So to learn more about Lakoo's novel approach, PocketGamer.biz reached out to co-founder Kin Ko.

PocketGamer.biz: Why did you decide to launch Pandora X with a subscription model?

Kin Ko: To make a difference. Not just for the players, but also ourselves.

Lakoo started making mobile games on feature phones in 1999, and made the first mobile online game in 2005 in China.

Many gamers are fed up with F2P and so are we, because we too are gamers.

It was long before the App Store was launched but it already had a F2P model, since the concept of paid downloads has never existed in the Chinese mainstream.

As such, the F2P model has become very mature and even too extreme in recent years. Many gamers are fed up with it and so are we, because we too are gamers.

In fact, we tried to enter the US market once in 2011 before we retreated, with a F2P title called Empire Online. It was a port of our very successful title in China, but it was too early in the States for a hardcore F2P MMORPG - even though in China it was mainstream.

We are still maintaining Empire Online on app stores for some die hard fans.

Why do you feel that the model is so uncommon on mobile? And do you think there's a market for subscription-based games on the platform?

I guess it's simply because F2P is too much of a commercial success. And even if there are more developers having the same belief as Lakoo does, it takes time for the idea to be cultivated and then a subscription-based game developed.

The subscription model calls for changes all the way down to the core game design, as well as content that's very deep and broad.

Do the sheer number of free-to-play alternatives on mobile present a challenge to Pandora X and other mobile games adopting a subscription model?

We do think there are other factors. Other than being free to download, F2P games are all designed to be extremely easy to pick up, because developers know if players don't stay there will be no money at the bottom of the conversion funnel.

A subscription game, however, has a much higher expectation on players' patience before the gameplay starts to become addictive.

There may be hardly any tutorials. They may force players to explore. The early tasks could be hard. The skills may take time to learn.

There are excellent movies which audiences have completely no idea what's going on in the first 15 minutes. They wouldn't have existed if movies were "free to watch".

How happy have you been with the game's performance so far?

To be very honest, the financial performance of Pandora X is far from ideal.

It hasn't produced optimal results, but at least we started to execute the direction and to learn.

As said above, a subscription game should be designed with the idea in mind since the very beginning. That is why Pandora X has a hybrid subscription/F2P model, since we only had the direction half way through the development.

Therefore it hasn't produced optimal result, both gameplay and business-wise, but at least we started to execute the direction and to learn.

We are however very glad that the subsequent title Teon, now in beta with subscription design from the ground up, has shown a very promising result to prove the model works.

It is a dollar to download, which sets a bar to block the casual gamers, and has a subscription rate of 20%.

Seven months after the launch of subscription (iOS only just supported the model since last fall), we now have over 5,000 subscribers of $9.99/month in Taiwan and Hong Kong, our test markets.

We shall soon see how it goes in the US and Europe.

To what extent do you feel that some players are put off by traditional F2P mechanics and how do you win those people over?

We are not sure about US, but in China we are seeing lots of gamers who are fed up with the F2P model.

We often see players know the ins and outs so well, that once they see a certain design, they know in what way the developer is trying to convert them later on. They call out loud, "just give us real games".

We saw an early sign in Taiwan and Hong Kong, that these kind of players can be won over by making it absolutely clear to them that our game is all fair-play, no pay-to-win. There will never be an in-game store to buy items with real money.

The word has just spread, and Teon managed to stay in the top three on the paid download chart for over six months with hardly any marketing.

Would you say that the target audience for Lakoo's subscription-based games is markedly different to that of the average free-to-play title?

Yes. Typically they have been playing games for a long time, usually 10+ years. They know the mechanics of F2P games well. They want to return to the basics. They tend to play hardcore titles.

We have a very strong belief in the subscription model.

It's not uncommon that they play games on multiple platforms, including consoles and Steam.

Do you feel that as the mobile games market matures, it will be able to support a wider range of experiences and business models?

Definitely. We have a very strong belief in the subscription model. That wouldn't be possible without support from platforms like Apple and Google.

Luckily, Apple finally allowed games to use the subscription model last autumn. That is why we're taking action now.

How big a role has the backing of Tencent and Sequoia Capital played in Lakoo fulfilling its ambitions?

They have always been supportive and helpful shareholders. In fact, even letting us try a model against the mainstream F2P model is a big support and requires a lot of trust.

Sequoia once provided desks in their headquarters, as well as a business network and marketing advice.

Tencent's own game platform does not support the subscription model yet, and so we have not worked together in this sense.