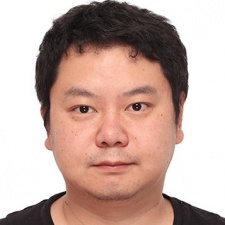 Take a look at App Annie's top grossing mobile app rankings for May 2018 and you'll find China has significant influence over the charts.

Five of the top 10 have a China-listed company involved - whether through being the game’s main developer, publishing the title or a company owning a stake in the development studio.

The Chinese games industry, led, but not exclusively, by publishing giants like Tencent and NetEase are increasingly expanding their footprint on the global market. And few are experiencing that trend more than South Korea.

One Chinese developer that has its eyes set on the lucrative South Korea market is Seasun Games. The studio is known for games such as JX Online, Go Titans and Ships of Glory. In 2017, the company’s success saw Tencent acquire a 9.9 per cent stake in it for $142 million - giving it a valuation of over $1 billion.

Seasun released MMORPG Clans: Shadow of the Moon in South Korea last year and saw the game top both the iOS and Android free app charts there. The feat is indicative of the increasing popularity of China-developed titles in the country.

“Chinese and Korean players have a lot in common - they both like to play PC games rather than console games and they both like esports and MMORPG, etcetera. Chinese companies generally have larger marketing budgets, which help them secure positions on the top charts.”

According to ads firm Taptica, which Seasun worked with on its user acquisition campaign, Clans: Shadow of the Moon generated thousands of weekly installs and scored retention rates 12 per cent above target.

While China is “the most important territory” for Seasun, South Korea represents a potentially lucrative venture that makes it a “critical market” for the company.

Given the similarities between the two countries’ mobile sectors, plus China’s position in the industry at large, trying to crack the South Korea market is a no brainer for Chinese developers and publishers.

And Korean companies are at a disadvantage to return the favour, given Chinese government regulations currently banning the release of new games from developers in the country.

Chinese companies generally have larger marketing budgets, which help them secure positions on the top charts.

“Korea is one of the biggest gaming markets in the world,” says Li.

“There are a lot of opportunities for international companies if they have high-quality games. In order to be successful, you have to focus on localisation efforts and customer support jobs.

“Another reason Chinese developers are a good fit within the Korean gaming market is because the Chinese market is the top market for gaming already - it’s home to many great developers and publishers who are creating high-quality games that already satisfy the requirements of Korean players.”

While Seasun is focused on South Korea right now in terms of its international ambitions, it plans to expand beyond that soon.

“Simultaneously, we are working on developing new titles for other markets,” says Li. “Then we will work on sharing our games with the US and European markets."

To that end, Seasun has its eyes on further M&A activity in the West, having already previously invested in start-ups around the world.

“We are about to wrap an investment in the US with a company that’s developing a strategy and simulation game,” says Li.