Nanobit on the opportunity for narrative games in China

"If it’s bigger than the US, and the US is our biggest market, and we can make a game that fits into that space then it’s what we need to do" 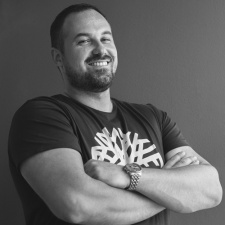 A narrative-driven trend of games has found its stride on mobile. From the unique intellectual properties such as Nanobit's My Story to more renowned IP such as Fusebox's Love Island.

In fact, even Universal has gotten in on the action with new studio Series Your Story Universe not long announced.

Of course, it has had a lauded impact elsewhere as evidenced by Telltale's popularity, but its light and casual nature have found it especially welcomed on mobile.

One of the mediums earlier pioneers of the genre is Croatia-based games developer Nanobit, which has a fair few games under its belt such as My Story and Hollywood Story.

We caught up with Nanobit business development manager Tomislav Gojevic at Gamescom to find out more about the company, the Croation scene and where the company is heading next.

PocketGamer.Biz: How has 2018 been for Nanobit?

Tomislav Gojevic: So far it’s been very good. We’ve been growing over 100 per cent regarding revenue and it’s expected we’ll grow 100 per cent by the end of the year in comparison to 2017.

We’ve been growing in people as well and we published a new city builder game this year called My City in July, which was featured by Apple for a week. It’s been going well, but we’re going to keep working on it until we polish it.

We’re also working hard on My Story. We added a social feature, which is a book club, into the game so you can review the stories and then recommend them to a friend, which should help drive engagement. We’ll be adding some more content this quarter and in the next one.

We’re also working on other projects, but they’re in the early stages of development.

Can you tell us a bit about the games development scene in Croatia?

I’d say it’s rather small, but it is growing. We’ve had a lot of indie studios opening in recent years.

We’re the biggest studio in Croatia and the second biggest is Croteam, which makes games for PC and console like Serious Sam.

We’ve been seeing a lot of traction recently as we’ve been recognised from the state as an industry right now. So we’re a part of the media, video and it’s been helpful to get that recognition from the state that people are working here and that there’s money there.

We have Activision buying King and Tencent investing in Supercell, so you have these power-houses in Europe that are really big and dwarfing other companies.

That’s a good thing for us because a lot of companies can apply for state funding now, which is helpful for small indie studios that need it.

What are some of the harder challenges the local industry still faces?

The hardest challenge I’d say is finding people that have previous experience. This is a problem we’re attacking, but we’re still having issues there. So I’d say bigger and smaller studios are having issues too.

Of course, finding your way into the market [is a challenge]. The PC market is very mature, you maybe have 15 to 20 really big companies and then every now again a company that’s not that famous gets in, like the Polish company who made The Witcher.

The same will happen for mobile and there are some signs of it already. We have Activision buying King and Tencent investing in Supercell, so you have these power-houses in Europe that are really big and dwarfing other companies.

If you check the charts, the companies in the top 10 have been there for years without changing much. So it’s a big hassle to try and make a game and get some traction without some money to back it.

My Story and Hollywood Story have been some of your big stand out successes, how have you sustained that?

It may sound like a lot of clichés, but we invest a lot effort and energy into maintaining the game and doing the live ops on it, adding new content, adding new features, constantly optimising the monetisation towards retention and putting a lot of analytical effort in.

For My Story especially, we’re keen on finding new writers who can help us in making a story that’s both compelling and that will keep the players in the game.

How do you see the mobile market developing as a home for narrative fiction games, do you think it’ll get stronger and stronger?

It’s going to get stronger and stronger.

We’re already seeing competitors entering the market with new games and we’ve been hearing chatter amongst the gaming communities that some really big companies are looking for a partner or are working on their own narrative games.

And we, of course, see an opportunity there. We already have games in the space that are popular.

We see a lot of new mechanics we can add too to make it even better, or to add to a sequel, like RPG elements, as those games can be quite story-driven themselves.

What's the focus for Nanobit moving forward? Are you looking to team up with any publishers or developers?

Yeah, as the business development manager I’m always looking into this. I’ve been in talks with some of the Chinese publishers, so we’re trying to go in that direction.

What we see is that there is still a lot of work. Well, it’s either a lot of work, or it’s ‘give us your source code and well do it for you’, which we’re not really keen on.

I’ve been in talks with some of the Chinese publishers, so we’re trying to go in that direction.

We want a partnership. We’d like to work on the game but have an advisor to help us do what we want to do. We’re trying to find a good partner to help us go into the Chinese market.

Is it just China that you’re keen on?

So for me, it’s a no-brainer. If it’s bigger than the US, and the US is our biggest market, and we can make a game that fits into that space then it’s what we need to do.

Do you think there is a gap in the Chinese market for a narrative game right now?

Based on the conversations I’ve had with some Chinese publishers it’s a yes. They feel there’s a gap in the market for a good narrative game and that they lack good content and good writers.

I feel like we would be a good fit for that.

Jobs in Games: Nanobit's Jure Rasic on how to get a job as head of product