Four years on: Netmarble on how Marvel Future Fight has continued to assemble fans

"In order to compete with other games, the title should be as fun as if it only came out yesterday" 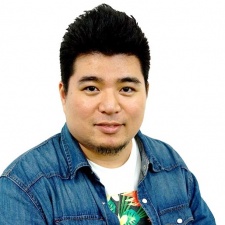 Joe Lee is Netmarble's executive producer and has worked on games such as Marvel Future Fight.

In this entry of our Live and Kicking series, we caught up with Netmarble executive producer Joe Lee following the fourth anniversary of Marvel Future Fight.

Learn more about running games successfully for the long-term on the Live Ops Landscape track at Pocket Gamer Connects Seattle on May 13th and 14th.

PocketGamer.Biz: With Marvel Future Fight about to pass its four year anniversary, how do you reflect on its performance – from launch to the mature title it is now?

Joe Lee: There are not many games that maintain the highest level of performance for up to four years, especially among mobile games. Marvel Future Fight still seems to be in a fairly healthy state, as it records the highest daily active users almost every year.

How big is the team currently handling live ops at Netmarble?

The size of the dedicated team for Marvel Future Fight is only slightly larger than our other teams.

Marvel Future Fight still seems to be in a fairly healthy state, as it records the highest daily active users almost every year.

However, since this game is a global title the total input resources of supporting departments are substantial. I’d like to say thanks to all the teams who handle Marvel Future Fight passionately without getting exhausted.

When it comes to all live games, when and what to update depends most importantly on the long-term product life cycle.

For Marvel Future Fight, since it’s an IP-based game, we plan things for the future as early as possible. We consider what windows there are at Marvel and what the current situation of the game is altogether.

What steps have you taken to ensure that Marvel Future Fight maintains a sizable and active player base all this time after its launch?

The most important thing is what our fans want and expect from our game. We’ve put most of our efforts into making the game still fun to play, as well as getting players to recommend to friends.

How has the continued success of the MCU played into Marvel Future Fight?

With 187 superheroes in the game, how do you make sure you add the right characters to keep players interested?

In addition to MCU characters, there are many fan favourites based on Marvel Comics. We do take the existing popularity into consideration when updating new characters.

However, there was an exception when we had the Infinity Warps characters update in the second half of 2018. At the time the characters had just made their debut in the comics but we had very good results in the end.

Marvel Future Fight’s original characters are something we tried different, as we tried to introduce fresh ideas to the Marvel Universe.

Has there ever been any difficulty with obtaining a particular character’s license?

I cannot name specific characters but some did take significant time because of their popularity. Luckily, long-awaited debuts of these characters have always drawn enthusiastic responses from players.

To what do you attribute Marvel Future Fight’s consistently impressive grossing performance, and how do you sustain it?

Our players are all over the world both from East and West. It’s difficult to meet the taste of all players who are in various locations. The overall tendency always exists however, the tendency is often not revealed on the surface.

We carry out various statistical monitoring and analysis constantly to see whether the game is being accepted as intended by old, new, Western and Asian players, with various updates and event strategies based on these results.

Eventually, the most important thing is to sustain the freshness of the game. Although Marvel Future Fight is four years old, in order to compete with other games, the title should be as fun as if it only came out yesterday.

This was made possible because of the good matchup of strong IP, market situation and the gameplay.

What lessons have you learned/are you still learning from Marvel Future Fight? Is there anything about the game that, in hindsight, you’d now handle differently?

I learned that there is always a way. There are ways that lead to everything, with good things we can always make slightly better and even make the impossible possible.

Finally, how has your experience with Marvel Future Fight informed where you are/what you’re working on now?

The most valuable asset for me would definitely be meeting with players. In the future, I think this will become a solid foundation for everything I will be doing – including Marvel Future Fight.

Based on the past four years of know-how by everyone involved, I will try to make Marvel Future Fight a game that can be loved globally for a long, long time.

Four years on: How Travelling Millionaire’s regular events have garnered an engaged audience in the Middle East