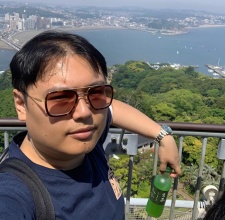 Today, we're speaking to Billy Hui from Trefle & Co Game, who pitched Dashero: Sword & Magic at The Big Indie Pitch (Mobile Edition) at Pocket Gamer Connects Digital #4 in November and walked away as the runner-up.

Billy Hui: Trefle & Co. Game is established in 2017 and formed by a group of experienced game developers who had published more than 7 games in last 6 years – achieved total downloads of over 2 million in total. Dashero is developed by a group of 7 developers and here are the core members.

Billy Hui – who has 6 years of solid experience in game development. He has published 7 hot titles which achieved over 2 million downloads worldwide. Those games are including Island Kingdom which received global features from App Store in 2017 and Dark Prison in 2019 – which featured full 3D interactive graphics.

Peter Ma – He came from MadHead and developed the Hot Card Game Tower of Saviors which achieved over hundred of millions revenue worldwide. Peter also developed VR and AR games for entertainment and education purposes.

Sin – Sin is the code developer who developed the main AI and game balancing for the game.

Our inspiration comes from Archero which is one of the best games of the year in 2019. We found that game has some shortfalls which we think we can improve upon with new and innovative ideas. For example, we have added a fresh new melee combat system into our Dashero. Additionally, we have made the graphic presentation fully 3D to make it look even nicer.

Tell us about Dashero: Sword & Magic that you pitched at the competition? What do you think are the most unique and interesting aspects of Dashero that gamers may never have seen before?

From many feedbacks and comments, the most unique and interesting aspects of Dashero is the melee combat system. It allows the game to have more than one dimension to its play. You can decide when you shoot and when you slash those enemies. With the true 3D graphics and eye-catching effects, players can gain extra joy and feel smoother during the gameplay.

Dashero is a roguelike action game that takes a lot of inspiration from some of the most popular games in this genre. Given this, and how crowded this market is, what made you develop a game like this, and what do you think you bring to it that may not have been seen before?

Although similar genres are competitive, Dashero has its unique selling points. Like what we said, our melee systems stand out a lot from other roguelike action games. Thus, we received over 250,000 downloads at the first 2 months and become one of the most popular games in a similar genre on Google Play and App Store. There are more than 7 reputational game publishers which have contacted us for cooperation which further prove that our game’s quality is outstanding in this market.

How did you come to choose the platforms that you would develop Dashero for?

Our game studio is relatively small with around only 10 developers. Within this team size, we can’t aim for developing a AAA console game. Instead, we leverage our strengths of mobile game experience and thus we develop Dashero for Google Play and App Store. Those platforms are also easier to access a large group of target audiences who are looking for casual roguelike action games.

It is a tough long story. Our studio has been in this industry for more than 6 years and it was so tough to survive. We did see a lot of game companies shutdown in those years. We managed to make it through. We have made seven games so far and only 2 of them are profitable.

Even so, it is not enough to survive. We keep trying getting more funds from investors and governments. We also keep getting jobs from government offices or companies to help them developing education games or mini-programs in order to survive. The world needs to pay more attentions to indie studios. Otherwise, those could be only big listed game companies left after a few years.

First, you got to know this industry is tougher than your thought. You need to hope a very strong spirit of it and keep working on what you should do. Second, gamers need quality. Some indie developers may feel it is fun to make a game but it looks awful after all. It is not necessary to have 3D graphics or epic drawings but at least it looks good for gamers. Third, it is necessary to find your partners. One man band can’t do many things. As a team, you need at least 1 developer and 1 designer to make the game great logically and graphically. Last but not least, you need to think about how to market it. It could be another topic and it won’t be easy. So you need to prepare it before your game goes released.

The process of Big Indie Pitch is smooth, intense and exciting. We only have very few minutes to present our game to judges. But this experience helped us to learn how to improve our presentation and how to draw attention from publishers within a limited amount of time. We are so happy to participate in this Big Indie Pitch and the experience is very valuable for us to move on in this industry.

The Big Indie Pitch inspired me a lot. The judges gave a lot of useful comments for us to improve the game. This helps us to re-think about the game and the mechanism inside the game. We do adopt some of the comments and make improvements for the game. We hope we can keep contacts with judges in future and we can receive more ideas and inspirations for our next games.

We target to gain over 1 million downloads worldwide for this game. By this successful experience, we hope we can leverage the game engine and experience to make another more exciting game with much more innovative gameplay and mechanism.