We discuss all things pitching, development, and being an indie developer with two-time Big Indie Pitch winner Minidragon 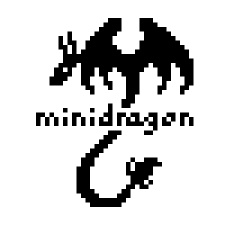 Today, we're speaking to Sonic Lee from Minidragon who pitched Tiny Fantasy (formerly Dungeon Warriors) at The Digital Big Indie Pitch #2 (Mobile Edition) and walked away as the runner-up.

Sonic Lee: Hi! I’m Sonic Lee from Minidragon, and I am the Game Director of the game. There are only two people on the team, where my partner is mainly responsible for programming, and I’m responsible for Art and Game Design. Tiny Fantasy is inspired by Archero and Push’em All!

Tell us about Tiny Fantasy that you pitched at the competition

Tiny Fantasy is a Top-down Hack and Slash game with extremely easy controls. Everything you need to do in the game can be done with a single finger: drag to move; click to use skills, or just leave your Hero standing still for auto-attacks. That’s All! You rarely have to touch the top half of the screen so you can play the game with a single hand. Players can learn these basic controls in seconds while spending hours discovering the underlying mechanics and strategies of the game.

There are mainly two unique features in Tiny Fantasy.

The Combat system - We simplified and distilled the combat system from the action genre. Unlike many similar games on the market which mostly focus on the Bullet-hell gameplay style, Tiny Fantasy contains a much more versatile combat experience, where the Hero and the monsters wield all kinds of attacks with area damage, elemental status, piercing effect, and more.

You’ll also see the monsters tend to come close for a melee hit rather than shooting bullets. Moreover, our game focuses a lot on physical interaction. In other games, knockback may just be a side effect. But in our game, knocking back is valid, and in many cases, a more efficient way to defeat enemies. As the stage goes, there will be some enemies with a lot of health, and the player will have to discover the technique to position himself in a good spot and push them off the cliff. Don’t forget that the Hero could also be pushed down!

All of them have a unique skill which may be a passive skill or skills that would activate in certain situations. Instead of passively adding stats to your character with an equipment system, players have to interact with the Followers to maximize their use. For example, the Follower Paladin creates an aura that increases all party members’ defence. But as Paladin deals with melee attacks, his aura is always near the enemy. You have to make decisions like “is it worth the risk of getting close to the boss for the defence buff?”

Tiny Fantasy is a simple, yet deep, Hack and Slash on mobiles. What made you choose this genre, and what do you think you bring to it that may not have been seen before?

How did you come to choose the platforms that you would develop Tiny Fantasy for?

The fact that we wanted simple controls makes it a perfect match for mobile - there’s nearly no buttons! How hard could it be to control your own finger (there’s no “s” for finger here because you only need one for this game)? Having no buttons means that the entire screen can be interacted with. It doesn’t matter if your hands are too small for a standard controller, and it doesn’t matter if all the rest of your fingers are covered in grease from that hamburger, as long as you have that pinky available. Nintendo Switch would be fun, but that screen is huge, so you would definitely need two hands.

For anyone who uses a mobile OS other than Android and iOS, send us an email, and we will consider it.

Surviving as an Indie developer is totally different from producing games as a hobby. You need to care more about the market rather than just make the game you love. Sometimes you need to abandon a project and try another one if the market does not give a good reaction, and you need to be able to make such hard decisions to keep yourself in the industry.

Keep your passion. As in many artistic endeavours, there’s really no set path for a game developer to progress your career. Lucky for us there’s still a lot of technical roles that you can find yourself in, while secretly brewing your masterpiece in your own spare time. Even if you have to do work that you don’t enjoy, remember that games are often a reflection (or direct opposite!) of real life, and there’s a lot of knowledge from the most unexpected places that you can apply into games.

It was a great experience to present my game to professionals. Pitching takes a lot of practice, and there’s nothing better than an actual pitch session. Preparing the pitch also provided a chance for me to discover more details about my game, it had given ways to a lot of the attractive features of the game.

Their feedback itself, of course! Apart from getting their opinions, answering questions also gives me invaluable insights as to which parts of the game are of most interest to others.

Honestly, we have put 100% of our focus on Tiny Fantasy. I just everyone loves it.