We talk to Minidragon's Hank Choi about The Big Indie Pitch 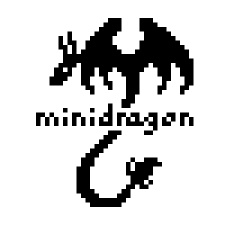 Today, we're speaking to Hank Choi from Minidragon, who created and pitched Hyper Dungeon, at The Digital Big Indie Pitch #14 (Mobile Edition) and walked away as the winner, in the process becoming the most successful pitcher in Big Indie Pitch history.

PocketGamer.biz: You are now the most successful studio to ever pitch at The Big Indie Pitch, with three wins with three different games. However, for those new to this, remind all of our readers about who you are, and what your goals and inspirations are.

Hank Choi: We are very honoured to have won 3 separate times, and thanks to all the judges who took a liking to our titles. We are Minidragon, a mobile game studio located in Hong Kong. As a small studio, we have complete freedom in our creativity, so we always strive to create something that we can’t find in the market. Within the genres we’ve covered, such as Action RPG, Pet Raising, or Dungeon Crawling, we always try to add our own twist to the game design.

You have won both live in-person pitches and digital pitches. How have you found all of your pitching experiences, and do you think your pitching style has evolved over time?

Our studio has 9 people, but we work on multiple titles simultaneously, with separate game leads who have full creative control. So it wasn’t just me pitching, the past wins were won by other members of our team, which I think is something quite unique about our studio.

I personally feel that my presentation skills improved over the years as I got a better grasp of which key elements to put emphasis on, with more focus on presenting the core gameplay.

What do you attribute to your success in the competition?

Having pitched a few times I would think the following are our keys to a successful presentation:

What do you think you gained from being a part of the Big Indie Pitch?

For me personally, I have always found Big Indie Pitch to be a great test morale boost. I have created many failed games. Sometimes during production, you just can’t quite be sure how the market will react to your game. Having the judges agree with some of your (risky/whacky) game design decisions is always an incredible experience.

One of the judges (who worked on World of Warcraft), upon hearing about Hyper Dungeon’s design philosophy on the rune system, gave us the slightest nod of the head; that made me really happy.

Pixel Petz and Dungeon Warriors (now known as Tiny Fantasy!) have both had incredible results. The two games transformed the studio and continue to operate nicely. It is very unfortunate to say that Fatal Funnel didn’t share the same success (we have some clues on why it didn’t work out, but more on that in another time). Although “embrace failure” is a sad motto, I do believe learning from failures is an important part of reaching the next success.

You recently won the pitch with your new title Hyper Dungeon. Can you tell us a little bit more about the game and what makes it unique and interesting?

Hyper Dungeon is created by Kaha, Yuan Ming and me, with one goal in mind: a very casual, lazy, Diablo-like game that people can play on the go. We boiled down what was so fun about the item finding in Diablo to the basic core, and transformed that into a Rune system. It is kind of a Tetris system and each piece has a bunch of abilities on it. Players need to piece together what they find.

Nowadays in mobile hack ‘n’ slash, dropping items often lack excitement. After getting the new item, you either need to spend more time/money to level it up, or you feel forced into following guides for the best “meta”. We wanted to get rid of that so players have to equip and create their strongest character with what they find.

Finally, is there any advice you would offer to indie developers considering entering The Big Indie Pitch or who are just starting out?

For developers entering Big Indie Pitch, my advice would be to take as many opportunities to meet all sorts of industry people to get feedback on your games. So many people are friendly and extremely willing to give you guidance and pointers. You will get so much feedback that you wouldn’t think of before. So be very active in reaching out after the pitch.

For people just starting out I would have the following advice:

It really isn’t easy to sustain a game studio. There is a saying, that 9 out of 10 games will fail commercially. 9 out of 10 game studios will be gone by the end of the year. So if you finally have an opportunity to develop a game for a certain period of time, use that time and budget to create a few games instead of one. Even if that means you need to have a smaller scope per project or make less content to get it tested in the market faster. Especially for mobile games, you can always update more later.